Ballinaglera, Drumreilly and Dromahair move clear at the top 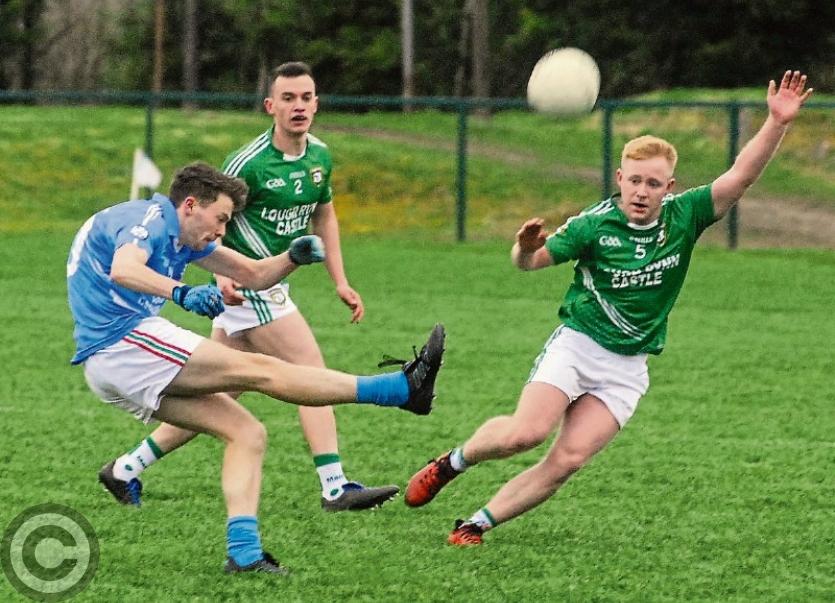 It is early days yet in the Dunnes Bar Division 2 campaign but already the trio of Ballinaglera, Drumreilly and St Patrick's Dromahair look as if they are starting to pull away from the chasing pack.

That's based on the manner of results as much as the wins themselves as all three have scored important or comfortable wins in their first two games. The scoring difference certainly shows that with Dromahair having the worst of the trio with plus 13 while Ballinaglera are plus 31 and Drumreilly plus 23.

The team most likely to join them in the top four, and the top four places in next year's division 2, looks like Drumkeerin who, even after losing to neighbours Dromahair 0-13 to 1-7 last weekend, have a scoring difference of plus 28.

Dromahair showed a lot of resilience to come through their clash with Drumkeerin and it is no coincidence that both they and Drumreilly are the only two teams in the division who will compete in this year's senior championship.

Ballinaglera have been knocking hard on the door of the intermediate championship these past few years and they certainly look as if they mean business after they handed Cloone an eye-opening 1-26 to 0-7 hammering at the weekend.

Scoring 26 points is quite an achievement and given that scoring has often been their achilles heel in tight games, it bodes well for the future.

Drumreilly were up against second string Mohill and they had a facile win as they ran up an 18 point victory on a 4-12 to 0-6 scoreline. This follows a comfortable win over Kiltubrid in the first round and puts Drumreilly in a good position.

Kiltubrid were left kicking themselves when they dropped points against Glencar/Manorhamilton's second string, the 4-7 to 2-13 scoreline denting their hopes of making the top four, even at this early stage.

Alarm bells rang loudly in Bornacoola after they suffered a ten point loss to Dromahair in the first round but that was against a team who will be competing in the senior championship. Up against an Aughavas team also expected to struggle in Division 2 this year, their 1-12 to 0-9 loss was a rude awakening.

Carrigallen, who started with an easy win over Aughavas, got a bit of a hop when Eslin's legendary goal scoring skills denied them at the weekend, Eslin hitting the back of the net four times in a 4-4 to 1-11 victory.

Bornacoola and Mohill are the only teams without a win in the Division but both Kiltubrid and Glencar/ Manorhamilton are just a point ahead of them. Neither Glencar/Manorhamilton or Mohill have a lot to play for as they are second string teams and will be playing reserve football next year.

But for the rest, there are just four places available so it is going to be very, very tight in Division 2 this year, even tighter than in division 1.