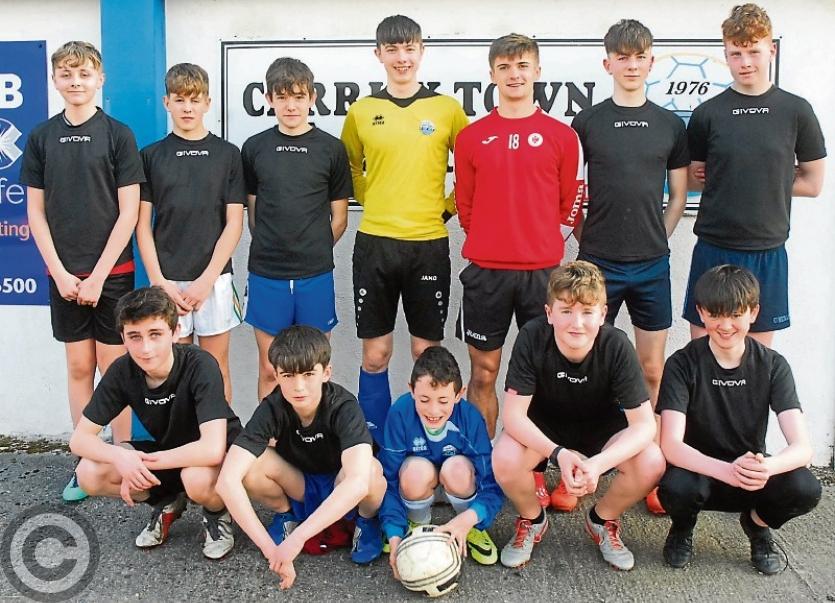 Last Thursday was a special day for Carrick Town FC as Ireland stars Niall Morahan and Darragh Lenehan were both pictured at the club’s training base at Carrick-on- Shannon's Showgrounds .

Darragh, a member of the Carrick Town U12 squad, and from Drumsna, took part in the festival which featured ten teams from Ireland, Northern Ireland, England, Scotland and the USA from March 29-31, and had a magical weekend, scoring in each of his games and hitting seven goals in total.

With approximately 120 CP players taking part, the tournament at the AUL Complex was visited by former Ireland International Niall Quinn who was impressed with the level of talent on display and later on Saturday night, the players were presented their medals by CP Elites Captain Gary ‘Messi’ Messet.

It was a proud day for Carrick Town with their two internationals and despite being on the books of Sligo Rovers, Niall still contributes to the club and is coach of the club's U15 side, managed by Junior O'Donnell.