Things that crossed my mind this week 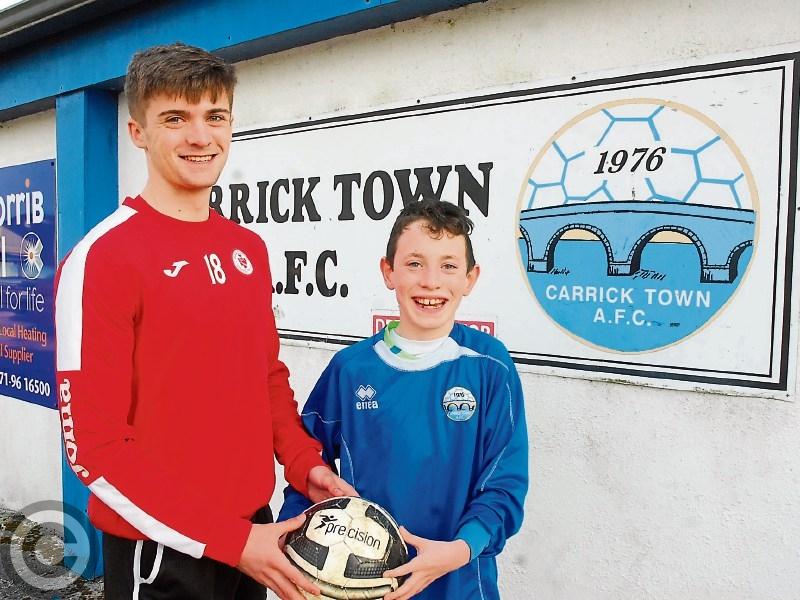 Tiger Woods and John Delaney are the topics de jour in the sporting world this week, the golfer’s remarkable victory on Sunday a true redemption story and the Delaney saga .... well I just don’t know how to describe that.

But locally is where we set our sights in this column and a few thoughts crossed my mind during the past week, first and foremost, we may just be in a golden age for sport in Leitrim.

A small county with limited numbers, we can no longer say any place can be described as simply a GAA county or Soccer territory or even Rugby country as Leitrim's sporting palette has expanded considerably over the last 20 years.

Just consider our pages this week and last - Carrick Rugby club were denied victory in a Provincial Final as they sought to complete a double, a sport with tiny roots in this county but roots that are bedding in and only getting stronger.

Manor Rangers also suffered defeat but the north Leitrim men, the only adult senior soccer team in the county, set a standard for their youngsters to follow, the proof is in the amount of Manor kids now on the books of Sligo Rovers youth teams, both boys and girls, in national leagues.

Niall Morahan's breakthrough with both Sligo Rovers and the Republic of Ireland U19 squad who qualified for the European Championships is the stuff of dreams for young footballers all around the county and the fact that he is training the Carrick Town U15 squad is an inspirational example of a young sportsman giving something back to his community.

Niall is pictured with young Darragh Lenehan who represented Ireland at the Dublin Cerebral Palsy Games in Dublin recently and Carrick Town are rightly proud of their two Irish stars.

Ladies football may have their struggles at adult county level but the Minors reached the Connacht B Final last weekend and the exploits of St Clare’s Comprehensive teams demonstrate the ladies game continues to pump out wonderful up and coming talent.

Breege Connolly and Colin Griffin are probably still recovering from their efforts in the Rotterdam Marathon but I often wondering do the general public actually really appreciate the level these two wonderful ambassadors for Leitrim are operating at?

Breege narrowly missed the World Championship Qualifying standard but some day, to give yourself an inkling of the level these two operate at, I want you to try and run a mile, one single mile, in under six minutes.

Sounds easy and while some will manage it, most of us definitely won’t. So try then to string 26 miles at under six minutes a mile back to back at the same and then sprint 385 yards at the end! It is a truly incredible feat, no pun intended!

That sort of running is not for everyone so what about Ricky Wynne and Andrew Guckian who took on a 120km mountain run just last Saturday in the most atrocious conditions - that sort of endurance is truly astounding and requires a patience and dedication that few of his can comprehend.

If it’s endurance that tickles your fancy, Donnacha Holmes’ exploits at the Ironman World Championship are the stuff of awe, a mix of three disciplines blended into one mind-blowing test.

We've mentioned all these stars who have hit the headlines in recent weeks and we haven't even talked about Leitrim's astonishing Youth Olympic bronze medalist Dearbhla Rooney or Sean McDermott Boxing Club’s new recruit Dean Clancy or the Carrick AC speed kings Gerard O’Donnell and Eanna Madden, two Irish senior champions, and moving at speeds that few can manage on a bike, let alone on foot!

We haven't talked Leitrim's first ever Connacht Club champions in Carrick Hurling club nor the remarkable Aughawillan, two teams that are almost a microcosm of Leitrim itself - the smallest of the small battling against the big boys and winning.

We haven’t even mentioned our Leitrim Gaelic football heroes who reached the Division 4 Final this year and lifted an entire county, a team which manages to unite the very different parts of our county in a way that nothing else does.

Chatting to a friend last weekend, he spoke of how Leitrim’s exploits had made it into casual conversations with natives and non-natives in Dublin, Terry Hyland’s team touching a cord with people all around the country.

There are so many, many more examples that I could share of Leitrim's sports people not only competing with the best but excelling so I suppose when I look at the sports pages of the Leitrim Observer, I realise that we are living in a golden age for sport in this small county.

And long may it continue!

Ever since the League Final, I've been thinking of how writing about the Green & Gold was such a pleasure this year. Constant defeats and disappointments can break the spirit of followers, let alone players, and while we might not have won the Division 4 trophy, it feels like we won something far more valuable - a return of pride in the county.

I'll probably get myself into trouble over this but if I were handing out awards for Leitrim's league run this year, they'd probably go like this.

Best newcomer -Ray Mulvey, not really a newcomer but he felt like one in 2019

Best match - Leitrim's win in Wicklow was a thrilling contest and set the tone for the year.

l Tell us if you agree or who you would give these fictional awards to, sending your suggestions to sports@leitrimobserver.ie.