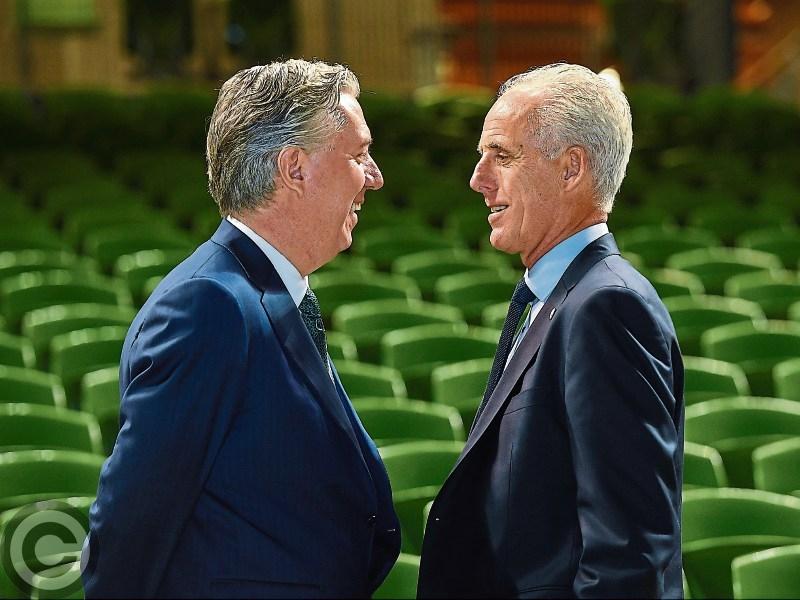 A few weeks ago in these pages I touched on the issues that were being raised in relation to the FAI but felt it was more worthwhile to focus on the local achievements rather than the turmoil in which the association has become embroiled.

In the subsequent weeks the scrutiny has intensified and the controversy has escalated with much said and written about corporate governance, credit card bills, tennis ball protests and the farce that was the Oireachtas Committee hearing.

While it has become abundantly clear that there have been huge failures emanating from those elected and appointed to run the game, there was noticeable support from around the country for John Delaney as the criticism reached a crescendo.

A number of leagues, two league of Ireland clubs and the provincial associations issued statements outlining their support for Delaney as they detailed all the good work he has been responsible for at grassroots level.

Locally there are a huge number of people who give an enormous amount of time to help their local club, without looking for remuneration but do the FAI and John Delaney have the support of the local grassroots?

While there may be no heavyweights among the top brass hailing from this county there are plenty who have seen how the organisation works up close.

A former Sligo/Leitrim committee member who has years of experience as a sporting administrator and is currently involved with a different sporting organisation at a senior level when asked for his opinions expressed the view the issues at national level are replicated around the country.

“There is no governance in Sligo/Leitrim,” he said bluntly.

He continued: “There is more time spent discussing the clothes and kit with the crests than actual governance.”

Outlining the difficulties he has experienced the former official said he was heavily involved in establishing a team in a rural area but his team were ultimately kicked out of a league that relatively recently had four divisions but now has just two.

Breifne Earley, who hails from Leitrim Village and has been heavily involved in football from junior to league of Ireland level told the Leitrim Observer: “The structures are obviously very poor. The turnover of personnel is exceedingly low.

“Anyone involved at any level above their local club would have been aware of this. It is obvious there has been an attitude of this will do.”

Breifne was a board member of Sligo Rovers last year and spent a brief period of time as general manager of Limerick FC earlier this year having been involved in an attempted buy-out of the club. He referred to the issue of expenses within the organisation when he said: “I found the priority of spending a little bit skewed. I never claimed expenses (for attending meetings) even though I was encouraged to.

“John Delaney's reported excess is unforgivable while regional development officers are struggling to pay bills or get footballs.”

While frustrated and disgusted with what has come to light in recent weeks Breifne sounded a note of positivity when he referred to the international recognition Ailbhe Clancy, Dearbhaile Beirne, Muireann Devaney and Niall Morahan have achieved.

“That wouldn't have happened without the structures, despite how poor the FAI have been. 90% of the people who work for the FAI are phenomenal but haven't been given the opportunity to show what they are capable of.”

It is unclear what the future holds for the FAI or John Delaney but what is clear is that reform is needed throughout the entire organisation in order to re-establish credibility and ensure the next generation of footballers are given the best possible opportunity to flourish.