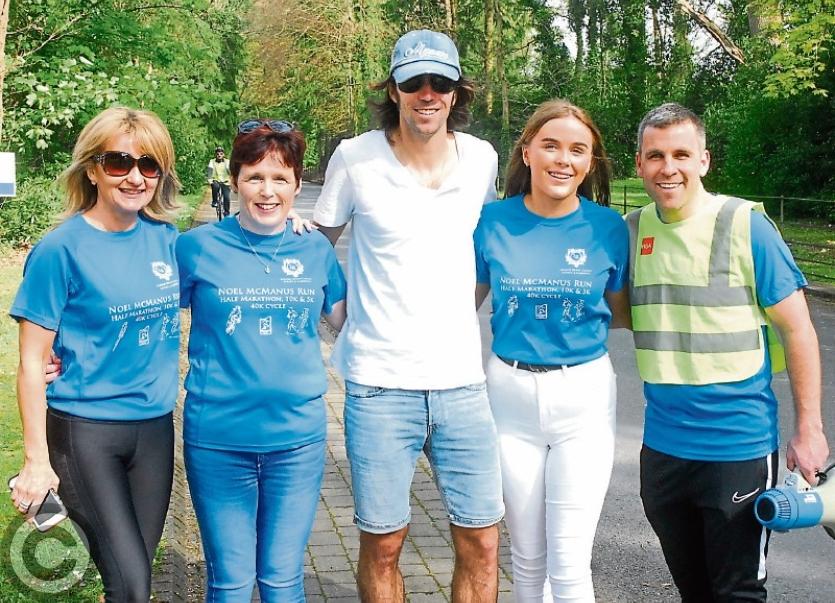 Organised by Mohill & District AC, the good weather on Good Friday ensured a wonderful turnout for the three race programme as well as a 40Km cycle.

Clive Glancy of Carrick-on-Shannon AC was the most dominant winner of the day as he sped around the testing 10Km course in a time of 33.21, more than three minutes ahead of Longford’s Barry Shiels who was runner-up with 35.42.

Longford’s Ross Gannon was third with Michelle Bohan of Mullingar Harriers leading home the women in a time of 42.16, second was Edel Mooney with Maria Staunton third as 123 participants completed the 6.2 mile trip.

Kevin Ward of Longford AC led home the 115 finishers in the Half Marathon event, his time of 80 minutes 44 seconds almost two minutes clear of second placed Justin Gavigan who had just three seconds to spare over Donal Mulcahy, 80.40 to 80.43.

The Ladies were led home by Michelle Murray, who finished ninth overall, in a time of 1.35.14 with Veronica McNamara second in 1.39.44 followed by Deirdre Martin of Carrick-on-Shannon AC in a time of 1.40.44.

In the 5Km race, Ben Doyle of Brendan Doyle RC had ten seconds to spare over James Miney of Annalee, winning the race in a time of 19 minutes dead. In third was Longford’s Jack Gallagher.

There was a local winner in the Ladies 5Km as primary school student Saoirse McWeeney was first across the line in a time of 20.49 with Fiona Fallon second by just a second! Third was Annalee’s Ruby Gilmartin as 172 participants completed the race.

Full results from all the races are available on www.popupraces.ie.