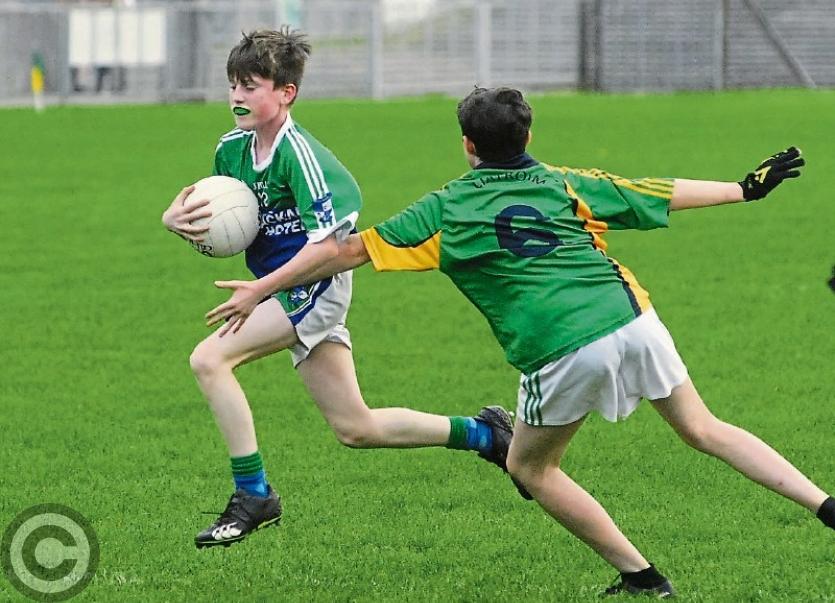 There was a dramatic conclusion to the game with St Joseph's forward Joey McBrien converting a brilliant free at the death to level matters.

There was also a dramatic opening to the final with St Joseph's striking for goal with just three minutes on the clock courtesy of a strike from Cian Dolan.

St Brigid's responded well to that early setback but three attacks in quick successions yielded just one point with Diarmuid Flynn on target for the Aughawillan, Aughnasheelin and Drumreilly amalgamation.

St Brigid's had chances to reduce the deficit as they enjoyed a period of dominance but only registered a Jamie Plunkett point during that purple patch.

St Joseph's lifted the siege with seven minutes of the opening half remaining when Joey McBrien scored his second point of the game but it proved to be only a brief reprieve as St Brigid's finished the half strongly.

Points from Cormac Moran and Jamie Stringer reduced the deficit to a solitary point and it was to get even better from a St Brigid's point of view in the closing stages of the half.

In the final minute of the opening half Jamie Stringer struck for goal to give St Brigid's the lead for the first time in the game.

Leading 1-4 to 1-2 as the second half got underway, St Brigid's extended their lead further when Thomas Gunn pointed to give his side a three point advantage.

St Brigid's were punished for a number of missed opportunities when St Joseph's opened their second half account 12 minutes after the restart with a point from Joey McBrien and two minutes later the deficit was further reduced when Eanna McNamara converted a 45.

With just a point separating the sides St Brigid's went back on the front foot and extended their lead with a point from Daragh McNiff but further chances were not taken ensuring the game was heading towards a dramatic conclusion.

A Joey McBrien free for St Joseph's left the bare minimum between the sides but Cormac Moran hit back immediately with six minutes left on the clock.

A tense and dramatic final between two well matched sides went right to the wire as St Joseph's desperately sought a way back into contention.

With two minutes remaining Joey McBrien converted another free to leave just a point between the sides and then with time almost up he levelled matters with a brilliant free, under huge pressure to level matters.

That proved to be the final score of what was an action packed and absorbing encounter with all in attendance eagerly looking forward to the replay.

The eagerly awaited replay has been fixed for this coming Friday in Cloone with a 7pm throw-in, make sure you don't miss it.