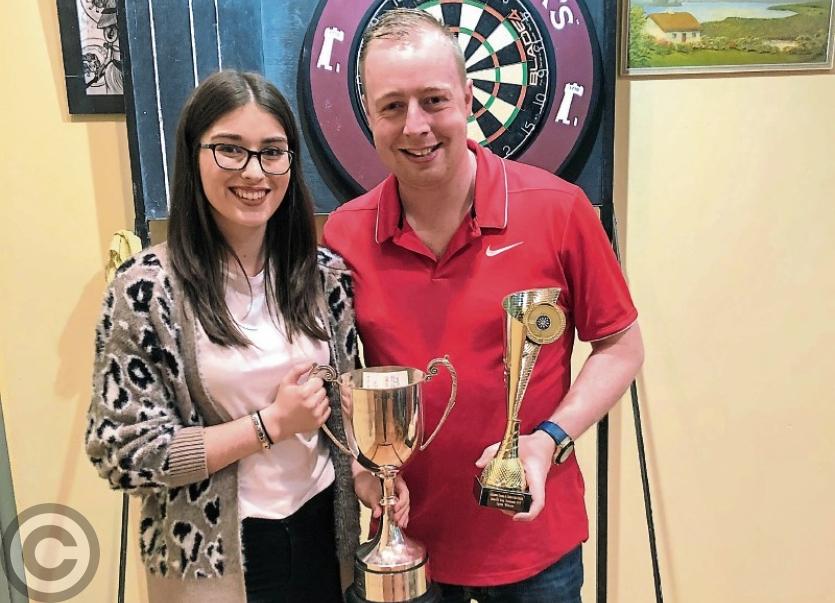 Numbers were down on last year but it was a great days darts with four titles up for grabs. In the Open section, Martin Heneghan beat Padraig Hester (both Mayo) 6-1 in the final with the winner receiving €800, perpetual cup and trophy. The runner up received €350 and trophy.

In the Youths section, Cavan player Pearse Mackle came out on top with a final victory over Martin Kerins from Sligo. The winner received €100 and trophy, the runner up €50 and trophy. Beaten semi finalists were Eoin Corrigan (Fermanagh) and David Cafferkey (Mayo), each received €25 and trophy.

Denise Cassidy (Fermanagh) beat Tanys Sarsfield (Mayo) in the Ladies final. The winner received €75 and trophy, the runner up €25 and trophy.

In the Town league final, Adrian Smith again came out on top but was made to fight all the way by David McManus.

The highest check out went to Martin Heneghan with a check out of 141.

Thanks to our main sponsor Drumkeerin Community Family Festival and to the three sponsors of the Youths, Ladies and Leitrim sections; Grogan and Currid, Drumkeerin Stone and Wes-Chem. A full list of sponsors will be published with a presentation evening to follow to North West Hospice.