Tweaks needed but managers Terry & Anthony back club only month 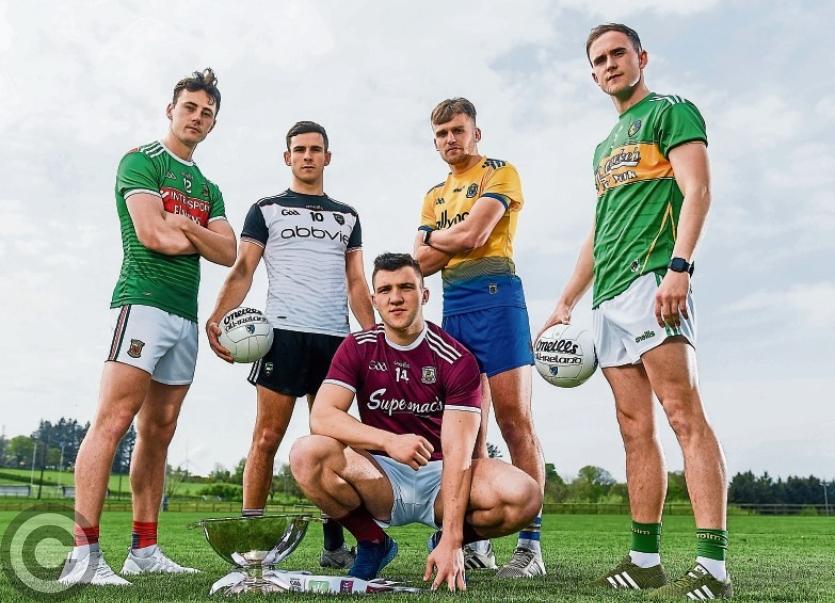 April is a stressful month for managers. As the big day looms larger and larger, the attention of players is split between the GAA’s club only month and preparing for the white hot atmosphere of the championship.

Neither manager was inclined to play mind games at the launch of the Connacht Senior Championship at the provincial centre of excellence and Leitrim manager Terry Hyland and his Roscommon counterpart Anthony Cunningham cut relaxed figures.

Even when the impact of the club only month came up for discussion, the mood didn't change and while you might imagine that any time the phone rings on a Sunday or a Monday would have either Terry or Anthony worrying what bad news he is about to hear, both welcomed the break for their players.

Leitrim’s boss has seen it all before: “It has gone grand, you always pick up niggling injuries. I’ve seen this before when I was involved with Cavan, you’re always looking over your shoulder in one sense that lads will come back with bangs and knocks.

“We have picked up a few but we’ve have picked up nothing major at the same time,” was Terry’s verdict as he quickly stressed the two-way nature of gaelic games: “County wouldn’t survive without the clubs and lads have to go back and play with their clubs and that is the way it is and I’ve no issue with that.”

Anthony Cunningham was also happy with the way April had gone: “Roscommon clubs voted that they would push their championship back to August-September this year on the premise that they will get players released for these club games in April and that is what happened.

“It has worked well for us and the feedback from the clubs has been very positive. It is also very good that the guys can go on a Sunday and play their club games and I think most counties will go back to that system with the championship starting later.”

The conflict between club and county games hit the headlines recently but both managers believe club championships will start later in the year rather than in April or May.

Said Terry Hyland: I’ve seen the other end of it as a club manager, playing a championship match in Mayo which to me is absolutely stupid.

“We played on the May Bank Holiday and the next championship match was the August Bank Holiday so you’re only ticking boxes is all that is. It is crazy stuff.”

Cunningham was in agreement: “It was difficult for the last couple of years to be playing a round or two in April and then stopping till September. So maybe you will see the championship being brought forward a little bit more and the club from August, September on.”

l See next week's Leitrim Observer for more from Terry and Anthony ahead of Leitrim's Connacht SFC clash with Roscommon on May 12.