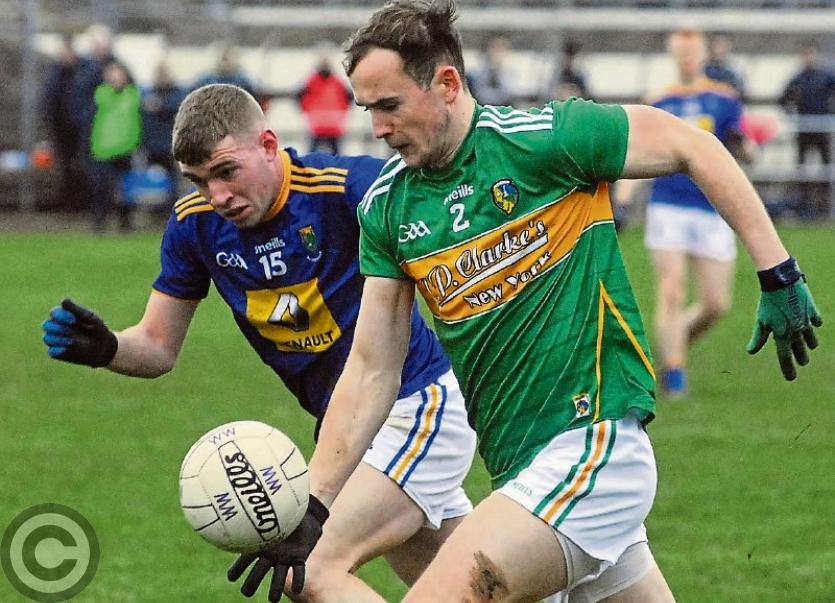 Four and a half weeks on from Leitrim's memorable appearance in Croke Park the thoughts of Micheal McWeeney are very much on the May 12 encounter with Roscommon but speaking at last week's launch of the Connacht championship he also had local matters on his mind.

Since the division 4 final, Leitrim clubs have been involved in three rounds of league games with Micheal feeling county players returning to club action deserve better protection from referees.

Elaborating further, he said: “We played three games of league and a lot of boys are coming back battered and bruised after it.”

Micheal himself suffered a whiplash injury in one of those league games and feels referees need to be more aware of the heavy treatment some county players are coming in for.

“It was tough. I saw a few articles coming out about the April month and I actually missed two club games because I got a belt in one of them. I’m not making a big deal out of it but I think when you come back to the club, you would prefer to have a bit of protection because I know that we played a game last night with Leitrim and half our team were missing because we got knocks.

“I saw the Cavan manager saying it as well, he is down players and you see it every year; you go back, you are targeted straight away. I’d just like a bit more protection coming from referees.”

Micheal stress he and his team-mates are not looking for special treatment, nor did he apportion blame for the impact that left him out of action: “There was a bit of a collision and I was out with whiplash for the last couple of weeks. It’s the same every year.

“Every year you come back ... you have three lads from our club in Carrick coming back to the club game and it’s exact same thing, 'you get looked after', 'you’re the man'. Even though I was full-back, normally it’s the forwards!”

Micheal added the view that it is a nationwide issue that needs to be addressed saying: “It’s in every county there is no point making excuses, it happens everywhere. Unfortunately I got it this time.”