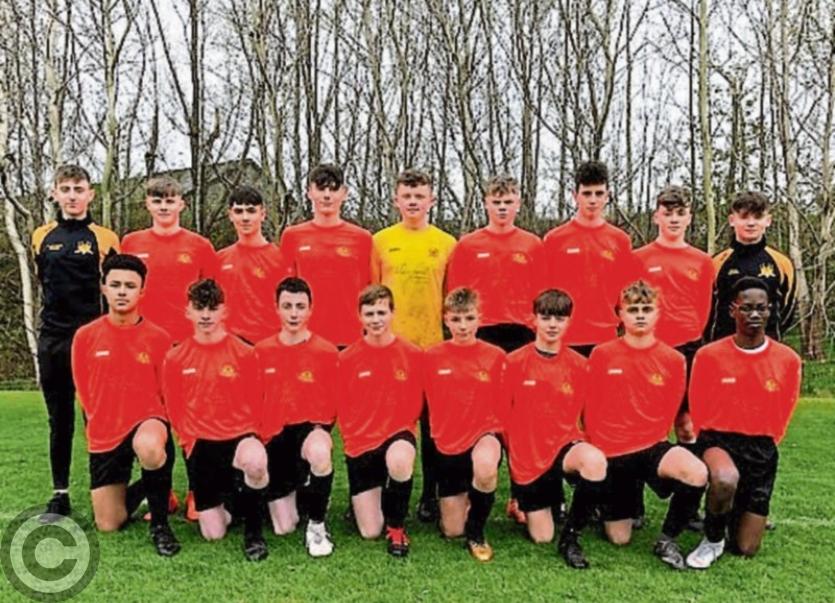 The Valley Rovers team, featuring players from Drumshanbo, Keshcarrigan and Kilnagross, who have qualified for two finals over the next week and a half

Manor Rangers, Carrick Town and Abbey Rovers may be the names most associated with underage soccer in Leitrim but add in Valley Rovers as an unlikely source of green & gold sporting pride.

The Geevagh based club would not normally attract much Leitrim attention but their successful U16 features no less than 12 Leitrim players on the squad.

Valley Rovers have been on a giant killing mission in recent weeks as they have knocked out Salthill Devon, Claremorris FC, Westport Utd and Merville Utd to reach both the Sligo/Leitrim Premier Division final and the Connacht Shield final.

Valley take on Moyne Villa from Headford in Galway next Sunday May 5, at 1pm in IT Sligo at the Connacht Final with an mouth-watering All Leitrim league final v Manor Rangers on Friday May 10, at 7pm.