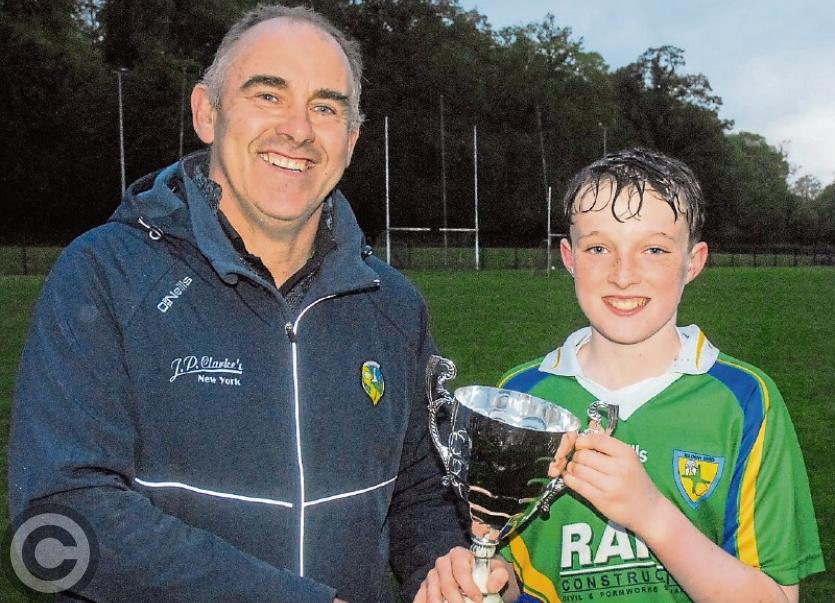 Game of Thrones seemed like the only topic of conversation in our office on Monday and Tuesday; well it was the conversation that got most of us excited and “The Long Night” lived up to its billing with a visceral and absorbing 90 minutes that had the viewer on the edge of your seat.

If you are not a fan of Game of Thrones, the hype probably leaves you all a bit cold, wondering perhaps as if you’ve missed out on some great inside joke. In much the same way, Avengers Endgame has invaded the consciousness of what seems like the entire planet with campaigns to avoid spoilers for those of us who haven’t seen it yet taking on the urgency of some global humanitarian campaign.

But there was another programme on Monday evening that caught my eye just as vividly as the fortunes of Jon Snow, Daenerys Targaryen and the Night King and it was epic; just not in the way the HBO produced masterpiece is.

Dara Ó Cinnéide’s excellent 'GAA Eile' hit our screens on Monday and on viewing the first episode, I’d recommend everyone with a passing interest in gaelic games to watch it on the RTE Player if they missed it the first time and set their timers to record the remaining episodes in the series.

The former All-Ireland winning Kerry footballer has form in looking at the GAA in a different way and GAA Eile is no different.

Monday’s episode started off with the Dubs; their advantages, their funding and sponsorship revenues and their potential to dominate the GAA landscape in the years ahead. Leitrim’s adventure in New York last year featured too - we got a shot of James Rooney’s bloodied teeth in the aftermath of the dramatic extra time victory and a sense of what the GAA means to Irish people in New York.

But, on the face of it, the urban-rural divide is the last thing you associate with Leitrim but even within our own borders, there is a growing chasm in the county and it comes down to population, much like the Dubs.

Its a long time ago that a GAA figure in this county shared his worries for the future of clubs in the county. He confided that 80% of the children entering primary school in Leitrim were confined to just 20% of the clubs in the county. It is a staggering statistic that echoes much of what the country must feel like when they look at the Dubs.

The raw figures are alarming! If 200 children start primary school in the county next September, and I’m plucking the number from the air, 160 are going to just five or six clubs in the county, the remaining 17 or 18 clubs must scramble to make the best of the remaining 40.

Small rural clubs have always struggled but when you see Ballinamore Sean O’Heslin’s, a town team and the most successful club in Leitrim GAA history with 20 senior titles, forced to amalgamate at underage level with Kiltubrid, you can see the problem facing Leitrim.

It will probably take 10, 15 or 20 years to be seen on the playing fields but the signs are there that in the years to come, St. Mary’s Kiltoghert, Leitrim Gaels, Annaduff, Melvin Gaels, Glencar/ Manorhamilton and St Patrick’s Dromahair will dominate club football as they have the numbers.

St Mary’s were, for many years, like the Dubs - they had the huge population and didn’t use it. But like the Dubs, the club have put an incredible effort into rejuvenating their underage ranks over the last ten years, and it has taken at least ten years, and they are beginning to see the first fruits of their work.

Ironically, Mary’s immense work at underage level, was kickstarted by the burgeoning success of Leitrim Gaels so while the GAA might be changing, you still can’t beat the auld local rivalry for motivation!

Glencar/Manorhamilton have been operating a similar underage academy and the signs are there that Annaduff and Melvin Gaels are starting to gear up to maximise the huge playing numbers at their disposal and once they do, there is no doubt they will be the teams to watch in the years to come.

But like the Dublin conundrum for the GAA, there is no easy solution for Leitrim GAA but it is a challenge they should be preparing for right now.