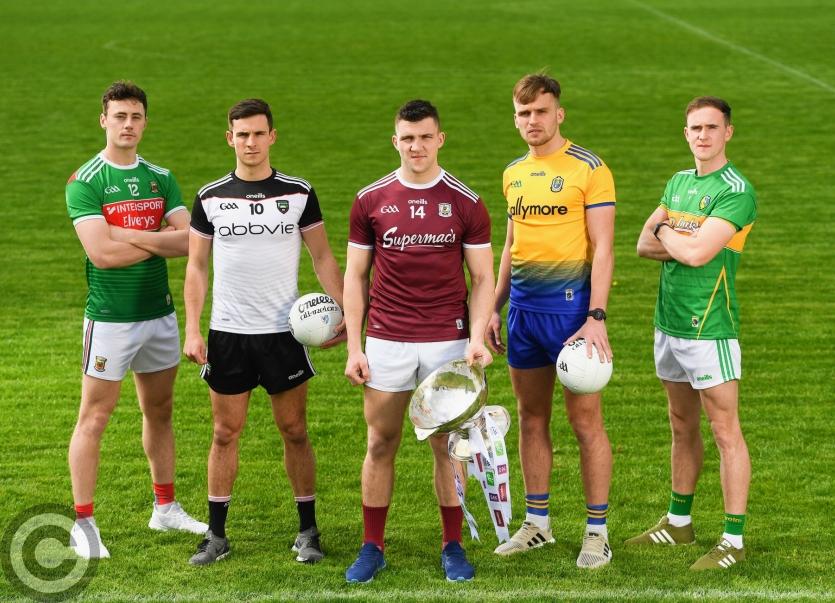 The debate is raging fiercely all around the country about moves to bring in a Tier 2 championship for Gaelic football and even the managers themselves are divided on the notion.

Croke Park have asked counties for feedback on the proposal with Leitrim supporting the idea of a Tier 2 competition, providing it was marketed properly and the teams given proper recognition and promotion during the competition.

Managers naturally might have a different view and it was the same at the launch of the Connacht Senior Championship some weeks ago at the Connacht GAA Centre of Excellence.

Roscommon’s Anthony Cunningham might be expected to be for it with his team in Division 1 but the former Galway hurler expresses reservations while Terry Hyland, wearing his green & gold hat, sees the merit in it but has concerns.

When everybody nationally talks about changing things and weaker counties,” Terry told the Observer, “they are inclined to shuffle them off to one side and not do anything to help them. How they market it and how they can bring it in and you have to put something in place so that everybody wants to be involved in it.”

Anthony’s take interestingly involved Leitrim’s great run in division 4 this year: “It is a hard one to know, probably every county, every club and every fan would want to have a crack at Sam Maguire and to be allowed to play in that competition.

“But I do think probably a secondary competition for a certain amount of teams, to bring them on a bit more in the July August timeframe, that they could play a knockout competition at that stage and it would help the team develop again for the year after.

“Outside your super 8s, you could have a competition, have it knockout and even play midweek games and it could be played pretty quickly. It is what fans want and what players want, they want to be playing more games and if it brings on the standard and closes the gap, you get better by playing at a higher level.

“Leitrim are an example of that this year, new management, new set of players in and they are just driving on, their confidence is up. There are tonnes of examples of what playing more matches does. For us in Roscommon, playing the top teams has been brilliant for us because it is from the top teams you learn.”

Terry Hyland believes that any teams in a tier 2 competition must be resourced and the competition marketed properly: “It can’t be like what we had before and it has to be marketed in the proper manner, there has to be, say for example, if you win it, what is it based upon the following year, do you just go up and if you don’t do well, you come back down.

“There is an awful lot of things to be thrashed out apart from just the structure of it. It is nearly the reverse of throwing the league up to be the most important competition instead of the championship but to do that and market that is a major, major unknown and they’ve a lot to think about.

“If they give them extra resources, let it be extra coaches, gym facilities that these people can come and I’m talking it is no different in any of the small counties, they can improve. Maybe it is not all about the All-Ireland, maybe it is about how you structure it around four All-Irelands.”

l See our special eight page pullout preview in the centre of this week’s Leitrim Observer for more on Sunday’s clash with Roscommon.