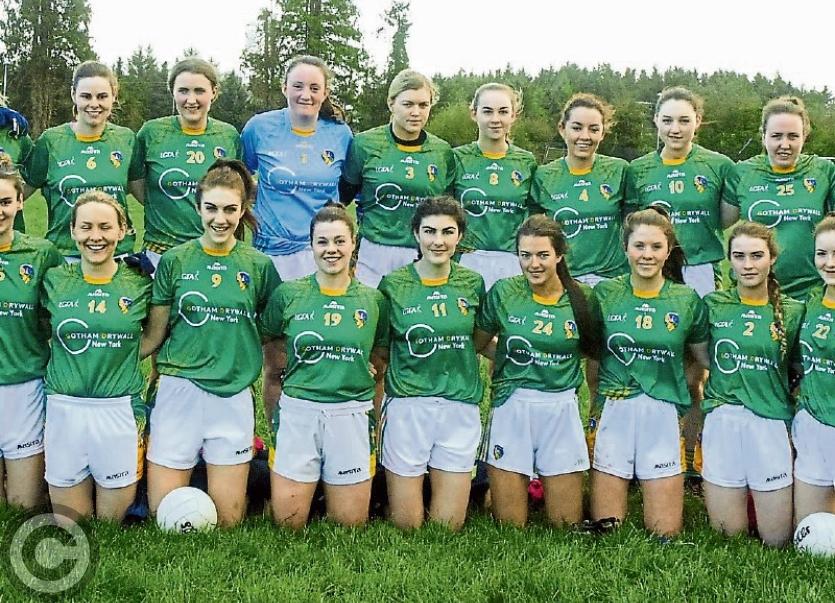 Leitrim ladies take on Sligo next Sunday morning in Tourlestrane

Two years after they contested an All-Ireland Quarter-Final, Leitrim ladies make their long awaited return to championship football next Sunday when they take on neighbours Sligo.

Tourlestrane is the venue for the crucial clash with the ungodly hour of an 11 am throw-in time, probably with the view to accommodate those fans wishing to take in the Leitrim v Roscommon game in Hyde Park but hardly conducive to promoting the ladies game in either county.

The winners of Sunday's semi-final clash qualify straight for the Connacht Final, set for Sunday June 23, with the losers having just seven days to recover before they take on reigning Connacht Intermediate champions Roscommon in the second semi-final.

Leitrim will go into the game very much as underdogs after the failure to field a team last year and a mixed campaign in Division 4 this year that blooded some promising youngsters but fell well short of qualifying for the League semi-finals.

Yet behind those bald statistics in the league, there are some rays of hope. Fermanagh only beat Leitrim by a goal and were hanging on for dear life at the end of their meeting in Derrygonnelly at the beginning of March.

Even against Antrim, who also contested the final, Leitrim had a terrible start but put the Saffron women under huge pressure in the second half with Antrim adding a few late goals to put a gloss on the 5-10 to 4-6 scoreline.

Add to the fact that they face a Sligo team coming off the disappointment of a heavy defeat in the Lidl Ladies Division 3 League final last Saturday in Clones and it should give Leitrim a lift as they head into a game where they start very much as underdogs.

How Sligo recover after their league final defeat is open to question as Meath punched some big holes in the their defence, scoring four goals thanks to quick running and a powerful forward play.

An injury to Noelle Gormley in the first half, that eventually forced her out of the game, could mean the influential keeper is a doubt for Sunday's game in Tourlestrane. Gormley's influence is enormous, not just for her goalkeeping duties but her kicking and if Sligo were without her, it would be a major boost for Leitrim.

It may, however, be dangerous to read too much into Sligo's troubles as they recovered from losing their opening two games to reach the final, averaging over 18 points a game and scoring 21 goals in the process.

Kate Walsh is the main danger in attack and while not as quick as her predecessor Stephanie Reynolds, Walsh is immensely powerful and difficult to dispossess, scoring some incredible goals during the league campaign.

Goals wouldn't appear to be the issue for Leitrim either with 19 goals in just seven league games a sign of potency even if Leitrim were playing at a lower level than the Yeatswomen.

The problem for Leitrim came at the other end where 18 goals were conceded in five games as strugglers Kilkenny and Derry failed to raise a green flag so with a player with Walsh's ability to find the net, the emphasis will have to be on stopping goals.

For Leitrim, Sunday's task is a tough one and the mid-season removal of manager Gavin Cawley does not speak well of a camp in a good place. Danny Clarke was the stand-in manager for the remainder of the league that yielded a good win over Kilkenny and a loss to Limerick.

Just like the Leitrim men's team heading to Hyde Park next Sunday, the Ladies are coming up against a team playing at a higher level and that should be the key factor in the game.

But what this game can do is set a new look and promising Leitrim set-up on the road for the future. And it might take a long while to turn around Leitrim's fortunes but the talent is there, it is just a matter of harnessing it and getting everyone working together.