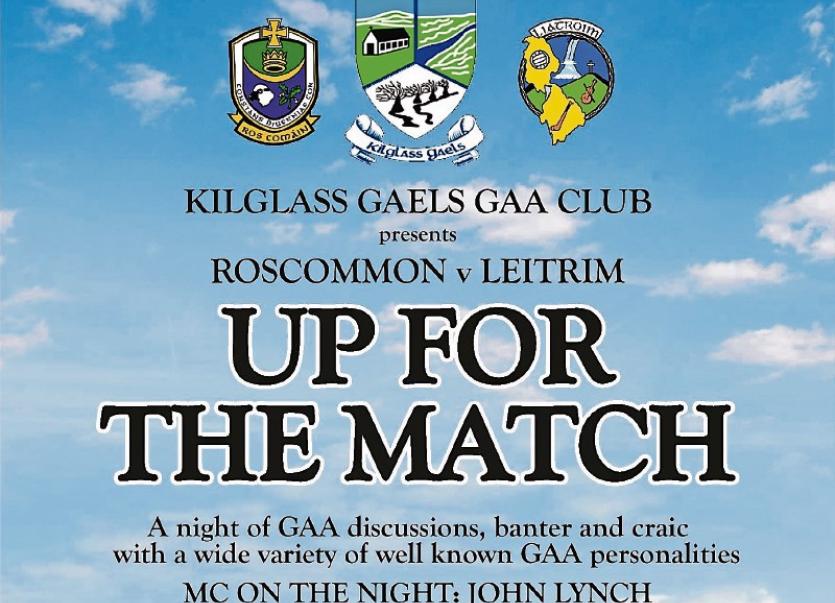 Kilglass Gaels Up for the Match

The Tyrone official takes charge of the game which will have a 3.30 pm throw-in and features extra-time on the day should the game end in a draw. The game will be preceded by a U20 Development league meeting of Roscommon and Donegal with a 1.30 pm throw-in.

With excitement building by the day, Leitrim GAA have urged all green & gold fans to purchase their tickets for next Sunday’s Connacht Senior Championship clash in advance of the game.

There are also group rates of €30 for ten juveniles and one adult while refunds of €5 will be paid to OAPs & Students (with current ID cards), at designated refund booths on the Athlone Road & Golf Links Road as full price must be paid at the time purchased.

Entry to the covered stand seating and uncovered seating is via the Golf links road only while entrance to the terraces is via the Athlone road entrances.

Kilglass Gaels host up for the match special

With the clash of Leitrim & Roscommon next Sunday afternoon, Kilglass Gaels have decided to add to the excitement in the build up by holding an “Up for the Match” special on Saturday, May 11, in Rooskey.

Held in Noel’s Bar in Rooskey at 9pm, the evening will feature a night of GAA discussion, banter and craic. Guests include former Leitrim manager John O’Mahony who will be joined by 1994 goalkeeper Martin McHugh while Roscommon will be represented by former captain Seanie McDermott.

Other guests include former Roscommon County Board secretary Brian Carroll, current Leitrim secretary Attracta Reilly, Fergal McGill, David O’Connor and one or two more. The event is free and a great night’s entertainment is guaranteed.