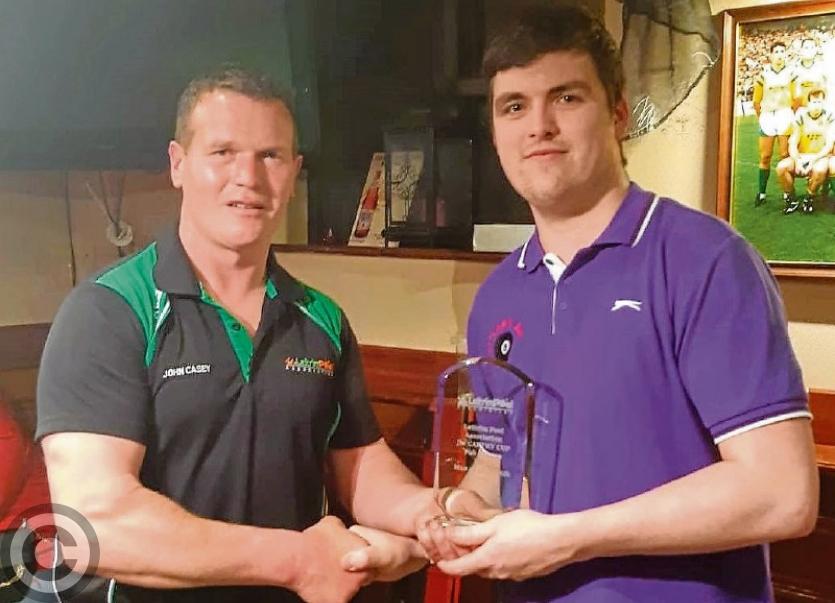 Taylor’s pub from Drumsna claimed the Leitrim Pool Association league championships after they defeated Paddy’s of Carrick-on-Shannon in a hotly contested final.

Last Thursday Paddy’s travelled out the N4 to Drumsna to play Taylor’s in the deciding leg of the 2019 Pub League final. On the first night, Taylor’s came from 5-4 down to win 8-4 while on the second night, Paddy’s did the same coming from 6-4 down to win the final four frames.

With both teams winning a night each a deciding night was needed with the first team to eight frames the winner.

The final started with Paddy's having a +1 handicap based on county players. Niall Sweeney from Taylor's beat Barry Dessie Gardiner in the first, Clayton Good battled hard to win his frame vs Kevin McWeeney, Dave McWeeney had a good finish to beat Barry Singleton and leave the score tied at 2-2.

Peter Devaney of Paddy’s had a great finish to beat Brendan Murray, but Taylor’s took the last of the session with JJ beating Stephen Deely in a tight tactical frame.

It was three frames apiece going into the second session, which would consist of a session of doubles. Taylor’s led with Sweeney and Murray while Paddy’s had Devaney and Deely, the Taylor’s lads taking control early to win the first.

The second frame didn’t go as well for the Sweeney / Murray double as they were beat by Enda Egan/ Peter Devaney. The final frame of doubles between Kevin McWeeney/ JJ McVeigh and Stephen Deely/ Dessie Gardiner, McWeeney/ McVeigh had a very clinical finish with the cue ball on a string to put Taylor's in front 5-4 going into the final session.

Taylor’s started the session with Sweeney beating Barry Singleton and Kevin McWeeney beating Peter Devaney to go 7-4 ahead and just one frame from victory. Paddy’s didn’t lie down as Deely fought hard to beat Dave McWeeney in a very tactical frame.

Benny Murray vs Dessie Gardiner, Murray went for a finish early with two shots but sat his last ball to win, Dessie battled back laying snookers but Murray kept getting a hit not giving Gardiner the two shots he was looking for.

Eventually Murray escaped from a snooker and potted his ball landing on the black and potting it to get Taylor's to the Magical 8 frames and crowning them League Champions.

Well done to Paddy’s on a great match, they fought hard throughout and showed great character as they played in the final and reaching the final.

Well done to Taylor’s who have won the title for the fourth time in seven years, they played clinically throughout the final taking their chances to be crowned champions.

The Man of the Match award was a very tough decision, Niall Sweeney had won his four on the night, Peter Devaney played well throughout the final taking out a brilliant finish in the first session.

But the Man of the Match was awarded to Kevin McWeeney on some of the key frames he won, in total Kevin won seven frames throughout the final.

Well done to all teams who competed in the Pub League this year we hope to see you all again next year. If any pub wants to enter a team in the League please Contact Dave on 0876490835 for more info.