We have got to be better than Leitrim 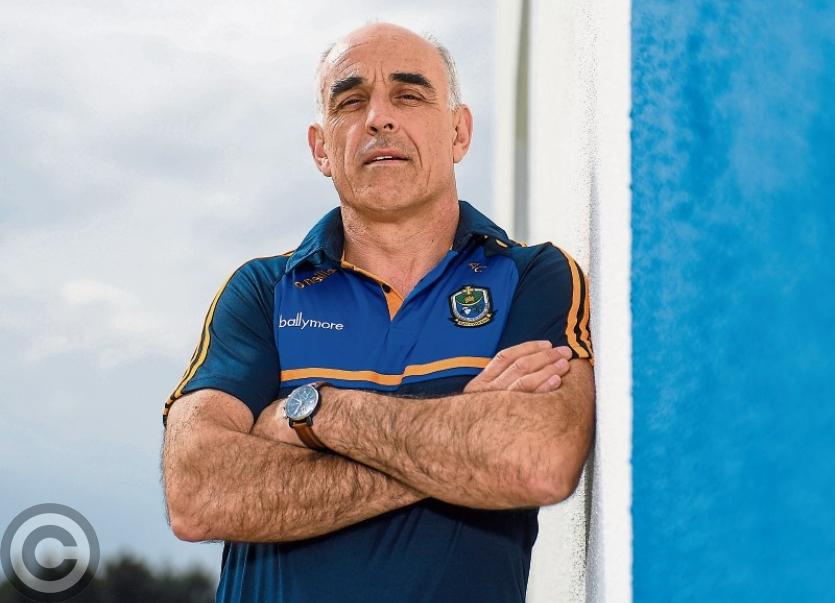 Forewarned is definitely forearmed so if Leitrim are expecting to pull off a championship ambush next Sunday, Roscommon manager Anthony Cunningham quickly dispels that notion.

The Roscommon boss and former Galway hurling manager sung the praises of Terry Hyland's troops at the launch of the Connacht championship. genuine praise and not the mind games practiced by managers these days.

“As Connacht men, we were all delighted to see them win promotion but for us, it is Leitrim on May 12, and nobody else is on our minds. Leitrim have been the poster boys of the league and they will be difficult to beat. They will be coming to the Hyde with scores to settle having been on the wrong end of defeats in the last couple of years.

“Terry Hyland is an experienced manager and has visibly made a difference. From the very start of the year, Leitrim almost won a FBD game against Mayo, beaten on penalties and the early signals were there that these guys were going to be serious and that is what transpired.”

Roscommon might start as hot favourites with a string of comfortable victories over the last ten years but Cunningham sees a new look Leitrim that will take some beating: “You can forewarn and forearm everybody but our players have got to do it on the day, they have got to be better than Leitrim and Leitrim will come with all guns blazing and they will want to kick on from their league.”

Cunningham earned fame as a Galway hurler but living in Kiltoom since 1992 and having managed St Brigid's and Garrycastle to provincial football crowns, Anthony is well aware of what the Leitrim-Roscommon rivalry means at the far end of the county.

“Around Kilmore, Boyle, all the bordering parishes , it is a fierce rivalry. We will treat Leitrim with the utmost respect, they had a tremendous league and there is no point in saying they hadn’t.

“They were probably a shade unlucky in the league final, played very, very well and got some very good scores. Derry maybe got a run on them at vital stages during the match but the warning signs were there early for everyone to see that this is a new Leitrim.”

As much as Leitrim's promotion has changed the dynamic of this game, the fact that there are two new faces at the helms of the teams next Sunday ensures that the baggage of easy Roscommon victories over the last few years counts for nothing according to Anthony.

“It is absolutely a new chapter, Terry is a really experienced manager who has had tremendous success on the inter-county scene. Leitrim have a new style of play, a new brand of play and they are going to be difficult to turn over and they are coming to the Hyde Park with a few scores to settle.

“There is no better motivation to have than to right those wrongs and they’ll want to do that. For us, there will be pressure on Roscommon to deliver and that is what you want in championship, you want everyone tested and it is a brilliant test to have.”

Looking back over the league that ended in relegation, Anthony hopes some harsh lessons will have been learned by a talented bunch of Roscommon players: “They are technically astute, are very solid, are able to take scores left and right but you’ve also got to fight for scores and be able to do it in top championship games and this is what we want these guys to do.

“There is no doubt about their skill and commitment and their application but they need to deliver when it is championship time, that is when you are really tested and talked about and proven.”

“We kicked into a two point lead at the start of the second half but we would want to bring that intensity and that level of excellence right through a game. We just can’t do it any more for just 30 minutes or 50 minutes, it has to be right through and those are the harsh lessons we learned in Division 1 and we hope it will stand to us for the Connacht Championship.”

The message Anthony is preaching first and foremost is that Roscommon must deliver a performance against Leitrim next Sunday or lose! “When the ball is thrown in ,in the first minute, it is all about performing and that is what we’re focussed on and where we want to get to. We would hope that the players play to their potential and ensure there is no hard luck stories.

“We have nothing but respect for Leitrim and know the challenge that they will bring. We look forward to it, we definitely want to win it but we know it will be difficult.”