Time to bite the bullet on two-tier championship

Roscommon manager Anthony Cunningham happy with some aspects of performance 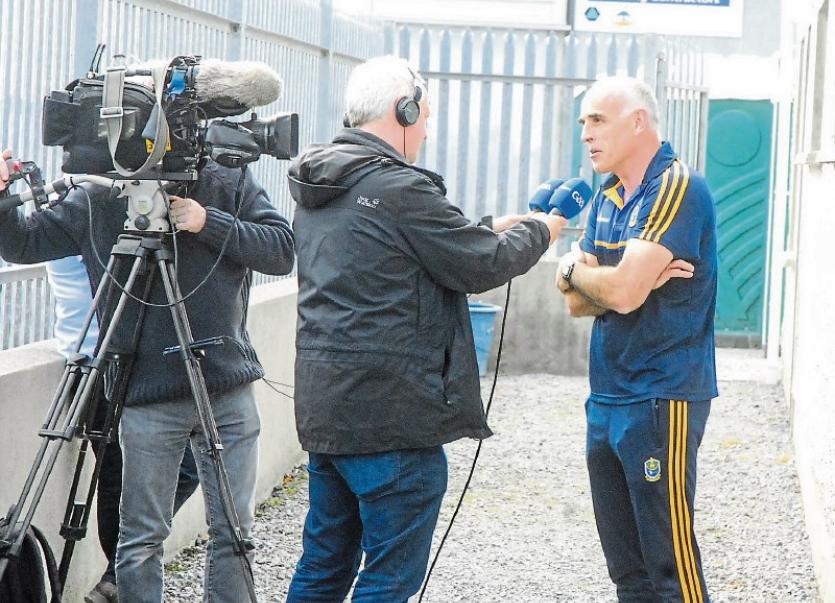 He was full of respect for Leitrim in the build-up to last Sunday's encounter and was modest in victory but nevertheless when it was put to him, Roscommon manager Anthony Cunningham agreed a two-tier championship is something the GAA must now seriously consider.

Speaking after his sides win over Leitrim, Anthony took the view that creating a two-tier championship would be beneficial to counties such as Leitrim who are trying to close the gap on those above them.

“If you look at the hurling where it is effectively a two tier championship, it may be worth a go in the football and it may help the teams that are not in the first or second division to get up there.

“There is no doubt about it, you see a team like Leitrim and the run they had in the league and if they got a run like that in a two-tier championship it would be of huge benefit to them. I think the GAA are going to have to bite the bullet and give it a go. Having said that, everybody wants to play in the All-Ireland but I think they could probably look at a restructure to some degree.”

While he may be in favour of restructuring that is not to say that Anthony was taking Leitrim for granted.

Commenting on his side's preparations for the game he said: “We’ve been working really hard in training and the guys have given us a great response.

“It is a work in progress; today we are happy but it is a stepping stone for us to the next day. There was also the added pressure of playing at home and an expectation to win and sometimes that is hard to handle.

“We have great respect for Leitrim, they had a tremendous campaign in division four and were very good in the league final and ran Derry very close. We were worried and prepared very hard.

Roscommon's three first half goals paved the way for their ultimate victory with Anthony commenting: “Our guys are powerful running at the defence and that told. We probably missed a couple as well.

“If you were being critical and you were looking at our point taking and selection of shots in the first half you would have to say we have to get better at that.”

While pleased with the performance he also knows further improvement will be required ahead of the May 25 encounter with Mayo.

“Finishing is something that we have to get better at. The Mayo defence is going to be hard to break through and when you do get through you have got to be taking your scores. “We have massive respect for Mayo but we don’t fear them. We are going down there to win.

“We want to show how good we are and there is no better place than against Mayo in their home turf. That is what we train for every night, that is what we play for and that is why you are an inter-county player.