IT'S THE HOPE THAT KILLS YOU 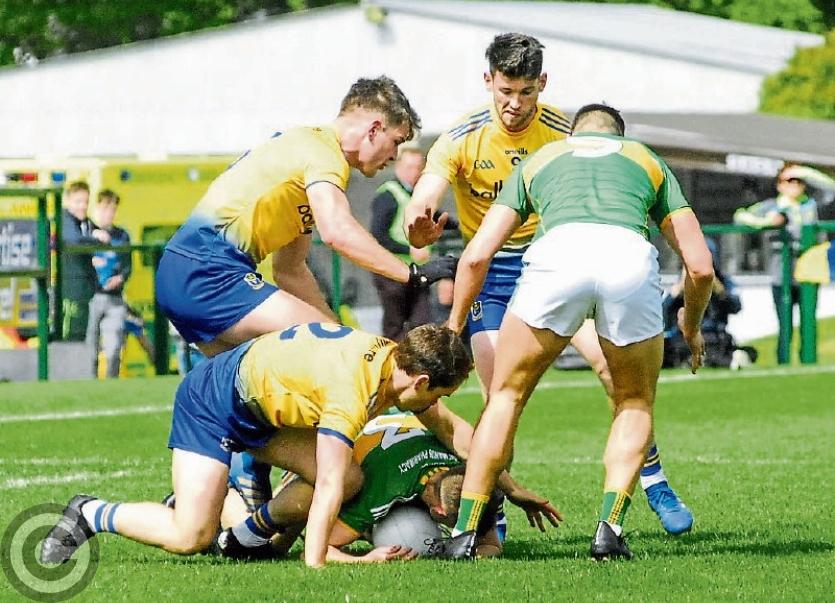 Writing this column this week has tested me, even as I finally get around to typing up my thoughts on Tuesday afternoon, the feeling that I've written these same words time and time again over the last few years is inescapable.

It seems like I've written something like this column for the last four years in particular but Sunday was different, a real belt to the solar plexus!

Honestly compels me to admit that I didn't see a Leitrim victory on the cards last Sunday but I truly did believe that Terry Hyland's troops were going to take Roscommon to a place that they didn't want to be, that it would be a battle and Leitrim would emerge with something to build on for the years ahead.

Maybe I got carried away with Leitrim's league run, believing that we had taken the first steps on a long road to becoming competitive at provincial level once more but those hopes and dreams were swept away in a whirlwind of primrose & blue.

Truth be told, I don't think I've ever been as disappointed as I was leaving Hyde Park last Sunday evening, trawling over exactly what went wrong with an equally bewildered Willie Donnellan and Philip Rooney.

There have been days covering our County Senior team that have shattered this writer, the most hurtful, and still painful, was seeing Leitrim surrendering a two point lead to Galway back in 1995 on a late June evening in Pairc Sean Mac Diarmada as the path to an All-Ireland Final beckoned.

An anaemic display in Casement Park in 2001 left me angry over the treatment a Leitrim legend in Joe Reynolds received from his players that year while the whole sorry saga from 2013 was inexcusably sad and one I'm not sure we've ever fully recovered from, the way Brian Breen & George Dugdale were treated adding to the hurt as they looked on the verge of building something special for this county.

There's a temptation to lash out, to blast the players, blast Terry Hyland, blast the county board, blast the provincial structures; to insult, demean and lambaste anyone connected in any way with Sunday's debacle.

The most frequent request I get after days like this is to “blast those f****s” in the paper this week. But, and I appreciate some may have a different opinion of my output in these pages over the years, it's not in my nature to do that.

I appreciate that as disappointed as I was after the game, it pales into insignificance compared to what Terry Hyland and all connected with the Leitrim team felt last Sunday and are still feeling right now.

Lauded after their Croke Park exploits, they don't deserve a kicking for the sake of it, to make us all feel better. There is no shame in losing to a better team, a Roscommon team that, in my opinion, has moved on a couple of steps from the last few years.

What hurts us comes from our own expectations. We still have to dream and hope and believe and we travelled to Hyde Park with hope last Sunday for a reason. Those reasons still exist, even if they are a little battered and bruised.

Sunday was the first major road bump for Terry Hyland, the measure of success for this Leitrim team is how they react in the days and weeks ahead. Come back with the right answers and Leitrim may yet still be on the right road, albeit a very long and tortuous road.