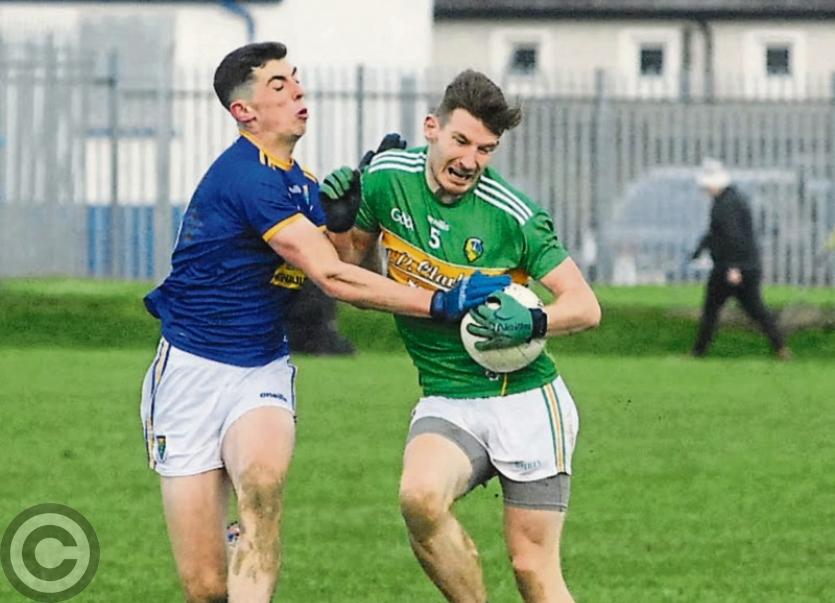 Shane Quinn is tackled by a Wicklow player during the Allianz NFL Division 4 meeting between the counties in February Picture: Willie Donnellan

Leitrim will face Wicklow in round one of the All-Ireland Senior Championship Qualifiers on Saturday June 8, at 3pm in Avantcard Pairc Sean Mac Diarmada after the GAA announced details of the fixtures.

It will be the second time that Wicklow visit the Carrick-on- Shannon venue for an All-Ireland Qualifier and Leitrim fans will be hoping that history repeats itself as back in 2012, Leitrim scored their first ever victory in the qualifier series courtesy of a 0-13 to 0-10 victory.

Leitrim also defeated Wicklow in Joule Park Aughrim earlier this year in the second round of the Allianz League, Ryan O'Rourke scoring a dramatic late goal that gave Terry Hyland's team a 1-16 to 1-12 victory and the first signs that Leitrim were capable of a successful promotion campaign.

The game will be preceded by the meeting of Leitrim and Fermanagh in the Lory Meagher Cup, a game Leitrim must win if they are to have any hope of reaching the final as the green & gold hurlers await news of their appeal against the result of their match against Lancashire.

Hurling manager Martin Cunniffe confirmed that Leitrim had lodged an appeal: “We have lodged an appeal. We are appealing against the conditions that the game was played under over there (in Manchester). All the lads were in favour of the appeal going forward.”

Cunniffe had complained over the lack of neutral match officials and the lack of respect shown to the teams in the competition but it is thought very unlikely that the appeal will succeed meaning Leitrim must beat Fermanagh to keep their hopes alive.

More news on the Qualifiers in next week's Leitrim Observer.