Positive reaction to draw but Wicklow will be happy too 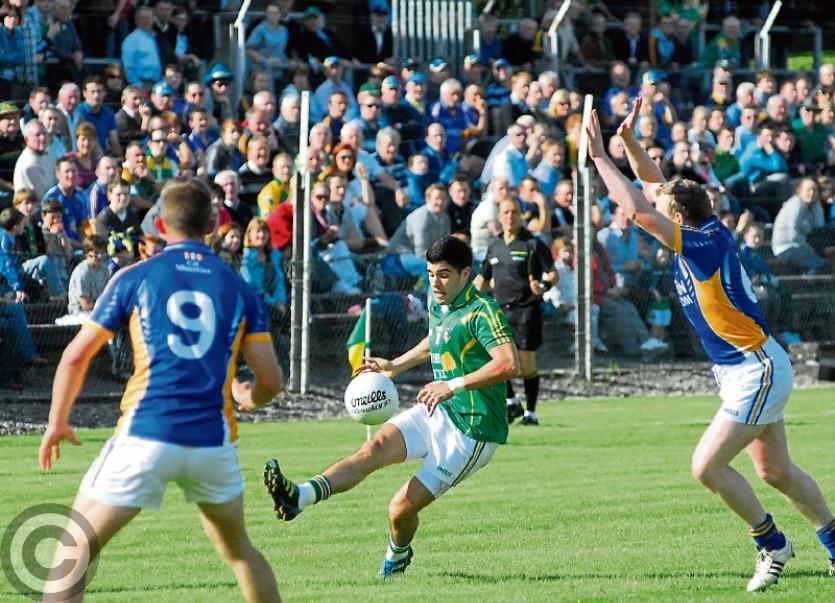 Emlyn Mulligan, who recently departed the Leitrim panel, in action against Wicklow in the 2012 All-Ireland SFC Qualifier Picture: Willie Donnellan

If social media is anything to go by, and we'll leave that statement hanging, then Leitrim have been handed a wonderful draw against Wicklow in this year's All-Ireland SFC Qualifiers.

Leitrim beat Wicklow in the League earlier this year and also recorded a first ever qualifier win against the Garden county and reaction has been very positive.

Cian Guckian wrote on Facebook: “We needed a decent draw. And we got it. After the drubbing Roscommon gave us, we definitely have the talent to get back on track. Plus it's a home game.”

On Hoganstand.com, one user wrote “What a great draw for Leitrim. Wicklow in Pairc Sean, couldn't get better. We beat them in Aughrim and always beat them in Carrick. Up Leitrim” while another said “Both teams will believe they can win. Leitrim need to prove they can do better than they showed against Roscommon. Wicklow will be highly motivated after losing at the end in Aughrim in the league. Defeat at home would be a big knock-back after the good progress in winning promotion. So it's all set up for a right old battle.”

There was some caution too with one user warning “I was at that game in Aughrim and we were lucky to come away with the win. Kildare were given a fright against them so they should be considered as a threat. But yes it is favourable draw for Leitrim glad we avoided the strong ulster teams in the draw.”

Former Leitrim and Melvin Gaels star Liam Gilmartin was not enthusiastic, citing the loss of some players: “Hope we've enough players to get a team out. somethings not right. these lads are not walking away because everything is too good.”