Wicklow a shot at redemption 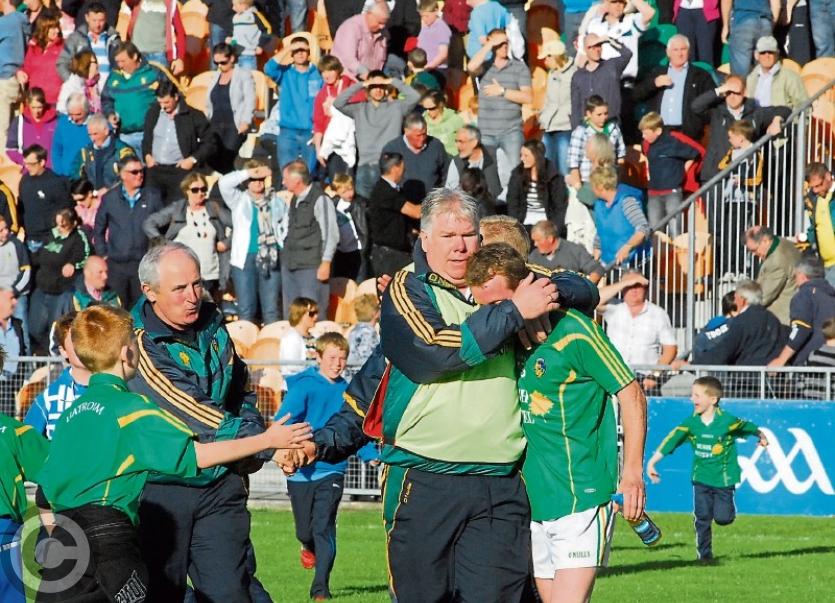 As Qualifier draws go, last Monday was kind. Heavyweights like Monaghan and Tipperary were avoided and a Wicklow team that Leitrim are very well acquainted with are coming to town on Saturday week.

Now, let's be honest here, the clash with Wicklow is no gimme and anyone who was in Aughrim at the beginning of February knows all too well how close Terry Hyland's team were to losing that day. It wouldn't have taken much for the result to go the other way but it was a new look Leitrim showing new found resolve and self-belief.

Consider our report of that thrilling victory in the Wicklow foothills: “In a ding-dong encounter that truly could have gone either way, it was Terry Hyland's team who reached out and grabbed victory at the end of a bruising, tough, exciting and thrilling encounter between two evenly matched teams.”

There is absolutely no reason to believe that it won't be just as hard fought, just as thrilling and just as close when John Evans brings his team to Avantcard Pairc Sean Mac Diarmada on Saturday week but there are also reasons for optimism.

In many ways, 2019 is very like 2012 as Leitrim go into the qualifiers against Wicklow at home on the back of a demoralising and devastating defeat. For Roscommon this year, switch in Mayo and the hammering James Horan's side inflicted on the Green & Gold was truly awful.

As an aside, a very strong memory of that game comes from a colour piece in the Observer, our own Fiona Heavey overhearing a conversation between two fans behind her lamenting the poor performance and stressing time and time again how much better these players can actually perform! Admiring the faith and support of the fans, Fiona turned around to compliment the Leitrim diehards only to find two Mayo fans lamenting the poor performance in a 4-20 to 0-10 rout!

Back to the Qualifiers and what really stood out in 2012 was the manner in which Leitrim regrouped. Wicklow already had a game under their belt when they travel to Carrick, an extra-time win over Waterford, but it was the home side who showed the resilience and spirit to battle to a 0-13 to 0-10 victory.

A week later, Laois prevailed 1-13 to 1-11 at a time when the midlanders were still regarded as a major force in a competitive Leinster championship.

Laois would go on to beat Meath and run the then defending All-Ireland champions Dublin to three points in the quarter-finals while Mayo went all the way to the final, succumbing only to Donegal's blitzkrieg start in a four point loss.

Now nobody thinks Roscommon are going to emulate Mayo's run to the All-Ireland Final but Anthony Cunningham's side are a very fine side. Truth be told, I wasn't very surprised by their victory over Mayo last Saturday as I felt they have added pace and steel to an already formidable team.

The criticism after the Hyde Park loss came not from losing the game but the manner of the loss and the lack of championship zeal shown by the Leitrim players. I stand by my words after the match because it was a day when the Green & Gold didn't turn up.

The exits from the team since and the rumours and conjecture flying around the county don't paint a pretty picture but this Wicklow game offers Leitrim a shot at redemption.

Promotion in the League can't be taken away from this group of players but some have questioned them since the championship. So a good performance against Wicklow and preferably a win would be the lift the county desperately needs.

It won't be easy: Wicklow are coming looking for revenge and they lost by just two points to Kildare so they are obviously in good form. But Leitrim football needs a good performance and if we get that, and hopefully, a win, the clouds will lift once more.