Historic win for U17s over Mayo 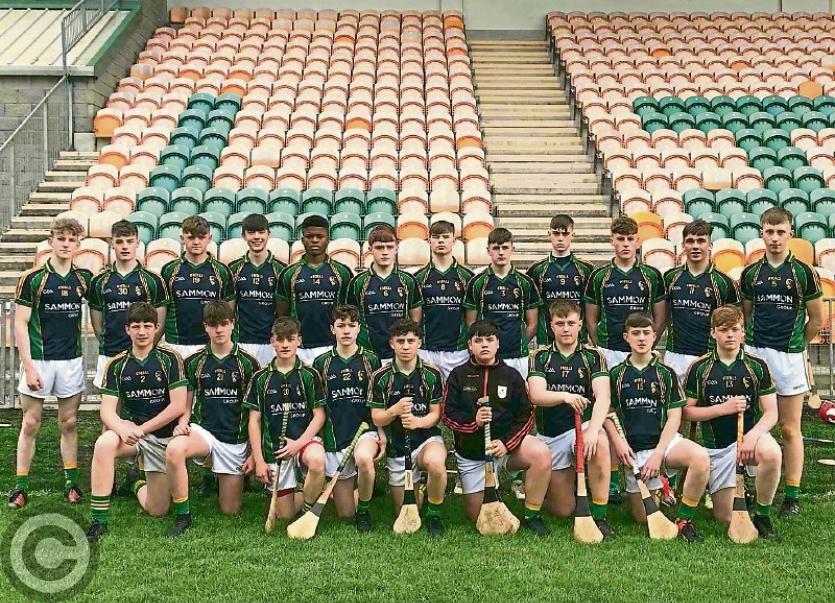 Leitrim U17 hurlers scored an impressive and historic victory over Mayo in the Celtic Challenge last Wednesday in Avantcard Pairc Sean Mac Diarmada, a rare victory for the county hurlers over a Mayo side.

Played in perfect conditions, the hurlers of Leitrim and Mayo served up what was a seriously entertaining evening’s hurling for all in attendance in the U17 Celtic Challenge competition.

In what proved to be a most sporting encounter the hurlers of Carrick who made up the entirety of the Leitrim team prevailed, but only just!

Leitrim centre forward Shane Mallon proved to be a real thorn in the collective Mayo side, hovering up everything that came his way and finishing with a personal tally of 2-4.

Castlebar man Tom Fahy stood out in the first half for Mayo with a deadly touch and killer instinct from top of the right. It took the introduction of Pearse Kenny in the second half to eventually reign Fahy in.

Conor Hession threatened throughout the first half but was tightly marshalled by Paul Lenehan at full back who gave no quarter.

Free taking from both sides was top class with Mayo’s Paddy Dozio and Leitrim’s Shane Mallon from distance and Cormac White close in proving deadly accurate from the placed balls throughout.

Goals from Shane Mallon and Cormac White in the first half proved to be the difference between the sides giving Mayo’s goalkeeper Niall Fleming of Caiseal Gaels little or no chance such was the quality of the finishing.

Never a truer word was said of a hurling match but a three point lead is only a puck of a ball. And so it proved.

Mayo, determined to put their stamp on the game, duly delivered in the opening two minutes of the second half.

Two balls in quick succession were duly dispatched to the net by Tooreen man Conor Hession, giving Brían Goldrick no chance on either shot.

Not only had Mayo managed to get the game back on level terms but the brace of goals put Mayo into a three point lead.

Leitrim however were not going to lie down on home ground.

Having weathered the initial storm it showed the grit of the Leitrim team to claw their way back from two such deadly blows. Goals yet again from Cormac White, who finished with an impressive 2-8 to his name, and Shane Mallon brought Leitrim back from the brink.

As both teams gave as good as they got the Leitrim half back line marshalled by Shane Rynn held firm as Mayo came in waves again and again.

It was Tom McNabola who caught the eye here with a whole-hearted and skilful display throughout earning him Leitrim’s Best and Fairest award.

As the game drifted into the ninth minute of extra time Mayo trailed by just two points but try as they might with ball after ball they could not breach the Leitrim line again.

Referee David Staunton took charge and with the aid of officials did an excellent job.

l On Sunday, Leitrim U17 hurlers lost to Roscommon 6-15 to 1-8 in the latest round of the Celtic Challenge.