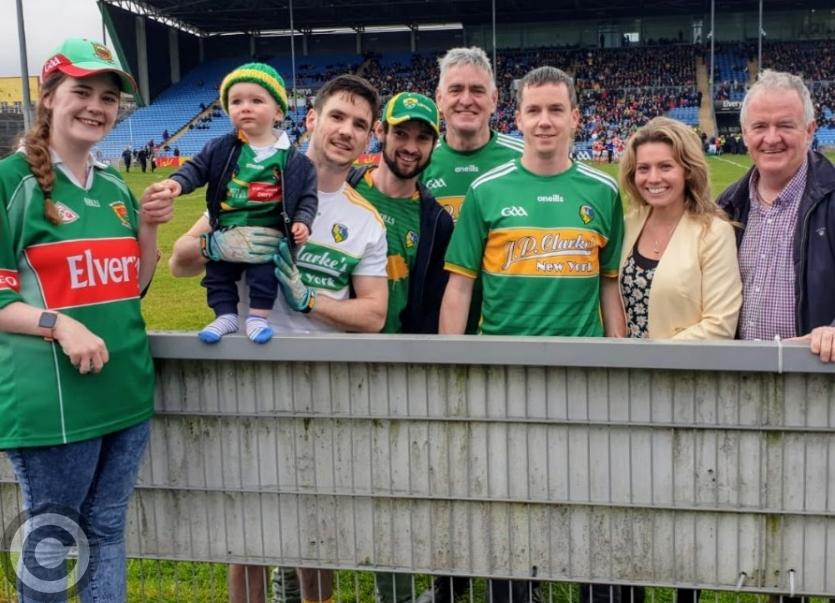 Mayo were made pull out all the stops before seeing off a very strong challenge from Leitrim in this rip-roaring Connacht Junior football championship semi-final at Elverys MacHale Park, Castlebar, on Saturday.

This game had everything, including going right down to the wire. In the opening half Leitrim were the better team and played delightful football capped off by some wonderful scores, especially from their top marksman, Conor Beirne, who was always a massive danger in and around the Mayo square.

However, after the interval break Mayo came well and truly into their stride and really won this game in the third quarter with eight unanswered points to go six in front.

In fairness to Leitrim, they kept battling away and in the final quarter they came within two points of their opponents. But that was as close as they got as Mayo saw out the game with two points in added-on time to just about deservedly come out on top.

Both sides missed a few early scoring chances before Leitrim raised the first flag in the third minute, man of the match Conor Beirne with a delightful point. However, within 60 seconds the green flag was being waved at the other end of the field when Mayo's full-forward Keith Hopkins blasted home a goal after receiving an inch-perfect pass from Tomas Fahey.

But despite this early blow, Leitrim recovered brilliantly and after they fluffed a few decent scoring chances they scored a goal of their own. Oisin McCaffrey waltzed through the defence before finding the back of the net at the third time of asking after his two first efforts were saved by Mayo keeper Matthew Flanagan.

Niall Brady followed with a fine point to leave Leitrim three in front after 10 minutes. Hopkins and Brady traded points before Leitrim opened up a five-point lead after Beirne and Riordan O'Rourke raised white flags.

However, just when it seemed Leitrim were getting a foothold on the game, they were rocked by a second Mayo goal. Again it was full-forward Hopkins who supplied the finish following a great move up the field.

This goal seemed to spur on Mayo and by the 21st minute they had drawn level as Brendan Carr and Darragh Keavney landed fine points.

However, Leitrim finished the stronger and out-pointed Mayo by three points to one. O'Rourke, Beirne and McCaffrey were their scorers, with Hopkins replying with a pointed free for Mayo. This left the visitors two in front - 1-9 to 2-4 - at the interval, a lead they fully deserved as they had played the better football in the opening half.

On the resumption it was a different story as Mayo upped the ante and gained full control in the third quarter, scoring eight unanswered points, with Liam Moran and Brendan Carr scoring three each along with one from a '45 by keeper Matthew Flanagan and one from Tomas Fahey.

With these scores, Mayo turned a two-point deficit into a six-point lead and it looked at this stage they would go on and win easily.

But Leitrim had different ideas as they refused to throw in the towel. Three points on the trot from Beirne (two) and Niall Brady brought them back within a goal of Mayo with six minutes remaining. Flanagan, with his second '45, and Jamie Stenson exchanged points before another sub Fintan Fitzpatrick, pointed to leave two between the sides as the game went into injury time.

However, that was as close as Leitrim got and Mayo made the game safe with two late points from Sean Walsh and Justin Healy to book their place in the decider.

MAIN MAN - Conor Beirne earned the man of the match gong despite being on the losing team, showing just what an impact he had on this game. County senior panelists Niall Brady and Oisin McCaffrey both had big impacts while Keith Hopkins two goals proved the difference on the day.

TURNING POINT - Keith Hopkins second goal kept Mayo in touch at a time in the first half when it looked as if Leitrim were beginning to pull away. Mayo's eight point surge after halftime was also a huge factor in their eventual victory.

TALKING POINT - The Juniors travelled without much fanfare and even some speculation that they might not even take to the field after a dispute over club games. But their performance will have given football in the county a lift and even reignite the old debate about Eslin's Conor Beirne playing for the Leitrim senior team in the future.