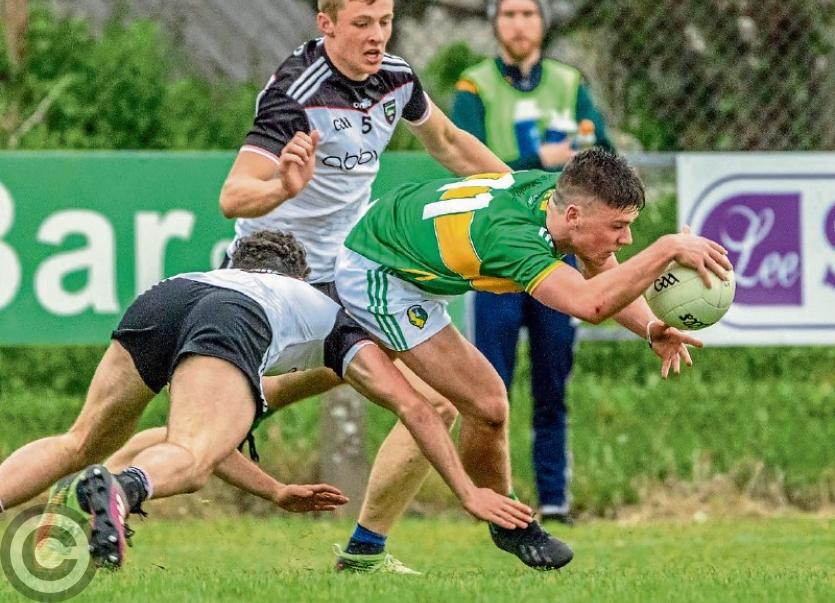 Despite starting strongly and a fightback in the closing stages, which might have yielded a share of the spoils, Leitrim lost their U20 Philly McGuinness Cup tie away to Sligo at Kent Park on Wednesday May 22 last.

In the opening game of an inaugural competition named after Leitrim GAA star Philly McGuinness, who died tragically in 2010, Sligo were that much sharper than their Connacht neighbours.

A brace of pointed frees from Mark Diffley, one of seven scorers for Leitrim and their top scorer in this game, gave the visitors a 0-2 to 0-1 lead by the eighth minute. But Leitrim failed to score for the next 23 minutes and trailed 0-7 to 0-2 at half-time.

The hosts levelled matters by the 14th minute and then a general improvement saw them score five unanswered points to take a five-point lead into the break.

Leitrim, who were better with the introduction of Fenagh St Caillin’s Jack Gilheaney after 20 minutes, went six points down, 0-8 to 0-2, within five minutes of the restart.

Excellent points from Ciaran Cullen and Riordan O'Rourke of Fenagh stopped the rot with Mark Diffley of St Mary’s Kiltoghert landing his third pointed free, but Leitrim were still in arrears, 0-9 to 0-5, by the 40th minute.

Midway through the second-half a point from St Mary’s David O'Connell, a willing worker at full-forward, cut the margin to three points.

Another purple patch from Sligo delivered three points without reply, increasing their lead to five points, 0-13 to 0-8, and seemingly end Leitrim's hopes.

Leitrim, however, got stuck in during the closing stages. Jack Gilheaney pointed after a goalmouth scramble to reduce the margin to four points.

A goal was needed to seriously rattle Sligo and Mark Diffley almost delivered the big score but his goalbound effort was saved by Sligo net-minder Alan Davey.

While Leitrim did well in patches, a more consistent display will be required in their upcoming games against Longford and Fermanagh.

MAIN MAN - A few in the running from a Leitrim perspective with Aaron Hoare and Ciaran Cullen doing well at midfield, Riordan O'Rourke and Mark Diffley also doing well.

TURNING POINT - Sligo's unanswered six points in the second quarter established a match winning lead and took the momentum away from Leitrim.

TALKING POINT - Eight clubs represented in the players who lined out for Leitrim with six St Mary's Kiltoghert players and three each from Fenagh St Caillin's and Mohill. Yet it was one of the smallest clubs in Aughnasheelin in providing both starting midfielders that caught the attention.

WHAT NOW? Leitrim took on Longford on Tuesday (yesterday) and finish up on Saturday against Fermanagh.