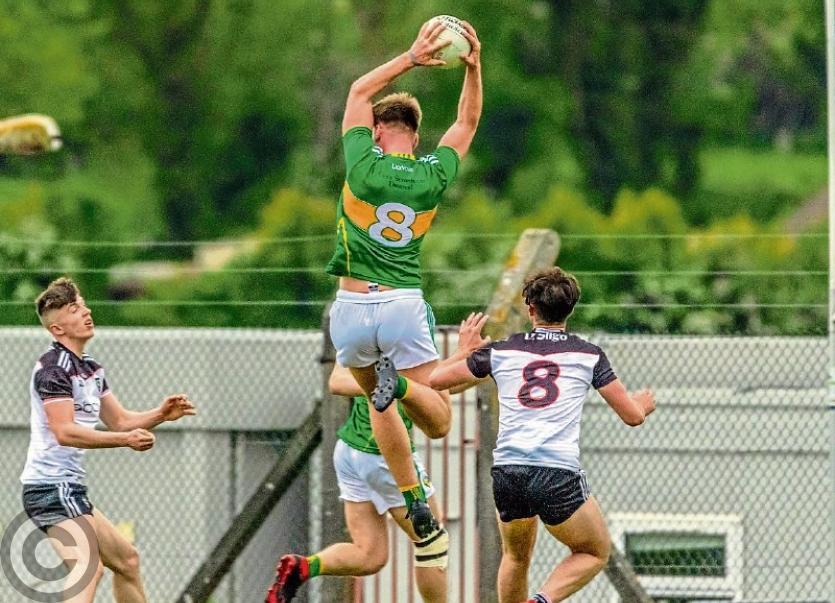 Drumreilly continue to set the pace in Division 2 and look set to book their place in next year’s Division 2 following a comprehensive win over Eslin.

Drumreilly remain the only unbeaten team in the division thanks to their impressive 1-18 to 2-5 victory over Eslin on Sunday. Eslin tried to keep pace with their opponents but were unable to match their finishing power.

Drumreilly top the table with ten points ahead of Drumkeerin who moved into second place thanks to their superior scoring difference after a hard fought victory over Cloone, 1-12 to 2-6. In a hard fought game, Drumkeerin pulled away in the last five minutes to secure the victory.

Drumkeerin are level on points with Ballinaglera who recorded a comprehensive 2-17 to 1-8 victory over struggling Bornacoola. Glera led 0-8 to 0-4 at the break in Dromod but despite a goal from Anthony Mulligan early in the second half, Ballinaglera replied with a goal midway through the half to go six clear. Bornacoola kept in contention but a second Glera goal killed off the Bors.

Carrigallen leapfrogged St Patrick’s Dromahair in the table thanks to a 0-14 to 1-9 victory in Dromahair. Carrigallen’s ability to make better use of the wind proved crucial as early pacesetters Dromahair seem to be falling away in the promotion race.

Aughavas recorded their second win of the campaign with a 5-13 to 1-9 victory over Glencar/Manor’s second string while Kiltubrid also did their hopes of making the top four a power of good with a 2-24 demolition of Mohill’s second string.

Kiltubrid’s game was notable for one fact in that it was the last game at the Kiltubrid pitch which will now be closed for the rest of the year to allow the club lay a new surface.