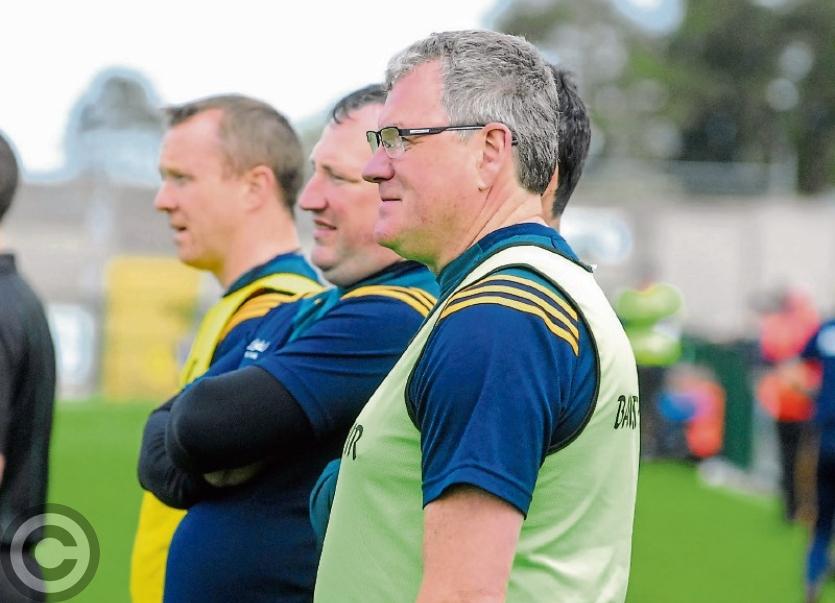 Terry Hyland is urging his Leitrim troops to rediscover the self-belief and form of their successful Allianz League Division 4 run when Wicklow come to town this Saturday for the All-Ireland SFC Qualifiers.

Wicklow take on Leitrim on Saturday in Avantcard Pairc Sean Mac Diarmada at 3pm and the Leitrim manager is urging his team to find the form that saw them defeat Wicklow 1-16 to 1-12 in Aughrim last February in the second round of the Allianz League.

Revenge will be on Wicklow's mind but Hyland believes Leitrim are up to the task of securing only their fourth ever Qualifier victory: “I’m sure when the draw came out, John Evans wasn’t panicking about going to play Leitrim. I'm sure he will be saying 'These are guys that we’ve beaten before, they’ve beat us this year and now we have an opportunity to turn the tables.'

“I'd imagine Wicklow are looking at it as a fifty-fifty game and he’ll have them well organised. I’d say it is probably an equal draw for both teams, we are both Division 4 and we only beat them by four points in Aughrim in the League.

“I suppose if you were talking with John Evans with three minutes to go down there, he thought he had the game.

“He had them well organised that day below in Aughrim, we just got the scores at the right time in the last few minutes of the game to turn the game in our favour. And that is what we have to get back to being,” stressed Hyland.

“In the League, we were always in the hunt to win games, we always had the opportunity to win games and that is the most important thing for the future, that we keep that going.”

The Leitrim manager hopes that home advantage will play its part on Saturday: “Home advantage is a help. Wicklow down in Aughrim are traditionally very hard to beat, I’m not too sure whether Leitrim in Carrick is the same.

See this week's Leitrim Observer for more from Terry Hyland in the build-up to Saturday's All-Ireland Qualifier.