Eager Leitrim out to show true colours in Wicklow Qualifier 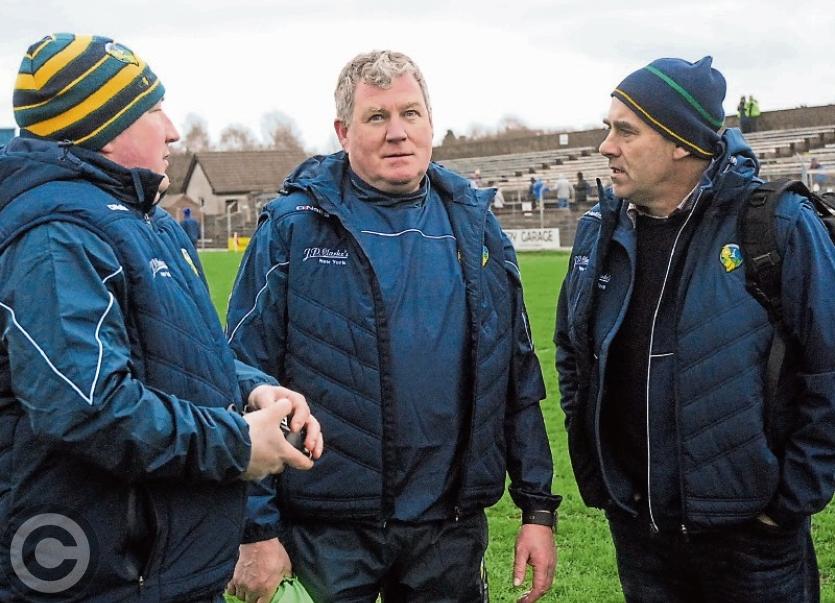 Leitrim footballers hit the reset button next Saturday when they take on Wicklow in the All-Ireland Qualifiers, hoping to banish the memory of Hyde Park with a victory in Avantcard Pairc Sean Mac Diarmada.

The 14 point loss in Dr Hyde Park is a painful memory but Terry Hyland is hopeful that the sight of a familiar Division 4 foe may just jolt his charges back to their winning ways come 3pm next Saturday.

Changing the mentality of Leitrim football remains one of Terry's biggest challenges and he agrees that some may have felt their job for the year was done when promotion was secured from Division 4: “There would have been a little bit of that and maybe there might have been in some lads minds, maybe with the older lads, a job done type of scenario, promotion is what we’ve been considering the Holy Grail for the last ten years and now we’ve got it.

“There is an element also, maybe, of some of them going back to their clubs and some of the clubs saying ‘look lads, you won the league, you got promoted, now come back to us because you ain’t going to win a Connacht championship’. All these things get into people’s minds.

Recovering from the Hyde Park trauma hasn’t been easy with club commitments hindering preparations: “It is probably tougher than what I would have been used to because the way it works with the clubs, the scenario in Leitrim is the players go straight back to their clubs and we don’t get as long with them.

“To be honest with you, it probably only really picked up properly this week because it is the first full-time we’ve had with them. But they are going well, they are looking forward to it, we have a few minor injuries, nothing major so we have to see now how they perform when they go out. The lads are in a good place at the moment is all I can say and hopefully we can get a good result.”

Reflecting on the loss to Roscommon, Terry defended the approach Leitrim adopted for the Connacht game: “People will say why did we set-up that way and we went out with that 15, which was different to what we played all year but Leitrim have played Roscommon three times before and lost. Last year, they tried packing the defence and they still got beaten.

“So we said we would try going toe to toe with them and unfortunately we leaked the goals. When you analyse the game, if we had a sweeper system in place, it wouldn’t have made any difference because Roscommon ran in those three goals if you remember, they didn’t kick in big high balls as a sweeper was going to cut it out.”

The gulf in physical conditioning was mentioned a lot after the game and Terry feels Leitrim have work to do to reach the level of Roscommon: “We have to break it down as to why it happened, we probably weren’t good enough in defence but there is a massive gulf in the two counties in regard to where they are physically.

“There was people who talk to me about Mayo playing Roscommon but I had no fear that Roscommon would stand up from physically from looking at teams, at the size of them. Roscommon are there with Mayo, Tyrone and Dublin and those guys physically, Leitrim is a long way away from that.

“Roscommon could go on and win the Connacht title but going back to Leitrim, that is where we are coming from. To be fair, most of the Division 4 teams, they are all around the same. It is just the level of work that has to go into them to bring them up and the guys realise that now, the work they have to do to compete in Division 3 next year.

“The teams that we will be playing - your Corks, your Derrys, your Tipperarys - their physical attributes are much, much stronger than Leitrim so we will have to be working an awful lot harder over the next six months.”

Despite all the doom and gloom, Terry’s infectious confidence means he approaches Saturday’s game full of confidence, admitting that confidence is vital in this game: “I said the last day before that I was confident that we’d beat Roscommon and we didn’t but you have to be confident.

“When you are going into any game in any sport, if you are saying this is a waste of time before you go out, it will be a waste of time. We have to be believe that we can compete with anybody on any given day and if it doesn’t happen, we have to see how we can make that better.

“Hopefully we have made that better for this weekend and that we are in a proper frame of mind to go out on the field,” concluded Terry.