Wicklow both an opportunity and a banana skin 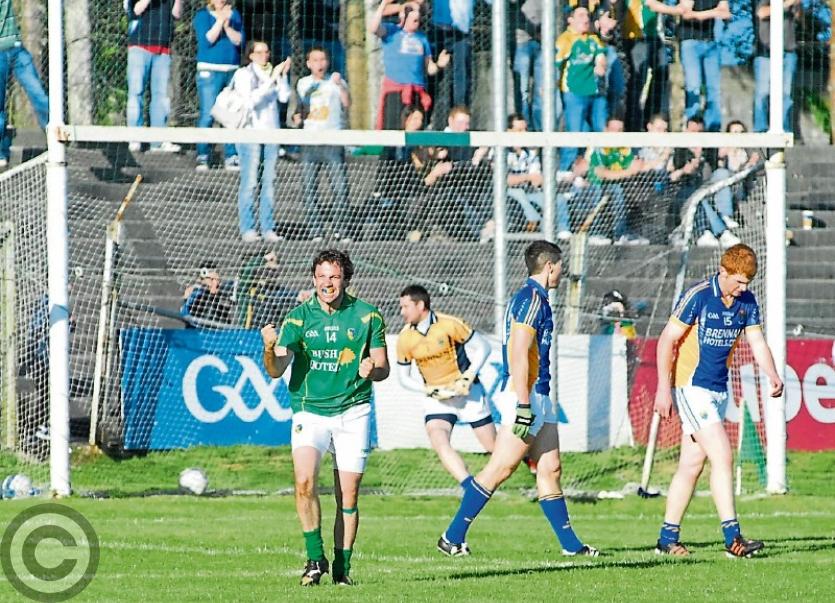 Chatting with Leitrim fans since the draw was made, the overwhelming feeling is next Saturday's Qualifier clash with Wicklow is a game Leitrim can win but it also represents a huge banana skin for Terry Hyland's team.

Wicklow lost 0-15 to 1-10 to Kildare in the first round but the Lilywhites subsequent struggles to see off Longford may take the sheen off the Garden county's display.

But astute Leitrim fans will look back at the League meeting between the counties as a more reliable barometer of the threat posted by John Evans team, Leitrim winning an epic match in Aughrim with an injury time blast of 1-2.

The 1-16 to 1-12 victory was the first real signs of what Leitrim could achieve but it was a real arm wrestle of a game as Wicklow keeper Mark Jackson kept his side in touch with five placed balls from distance. The keeper is a real threat to Leitrim's hopes so Leitrim must avoid cheap frees anywhere within 70 yards of the home goal.

Wicklow will also hope to have Anthony McLoughlin back in harness - the centre-forward was the first to expose gaps in the centre of Leitrim's defence in that game with his strong running. His departure from the game with a shoulder injury after he struck for an early goal a real body blow to Wicklow's hopes.

The visitors are big and physical but they are no Roscommon so Leitrim are more of a match; the questions over the Green & Gold centre around the mental state of the team.

If they are determined to prove Roscommon was an aberration, then this Leitrim team are hot favourites for the win but if the same malaise that affected their play in Hyde Park remains, then Wicklow have a real good chance.

Leitrim need to give their fans something to cheer about and if they get off to a good start, they can get the fans engaged. This is truly a 50:50 contest, a Wicklow win would not be a surprise nor a disgrace but at home in front of a partisan crowd, Leitrim have an opportunity to regain lost pride.

This will be a hard fought game that comes down to small margins; Leitrim to rediscover their League form and march on to round 2.