Same old story for Leitrim in the Hyde 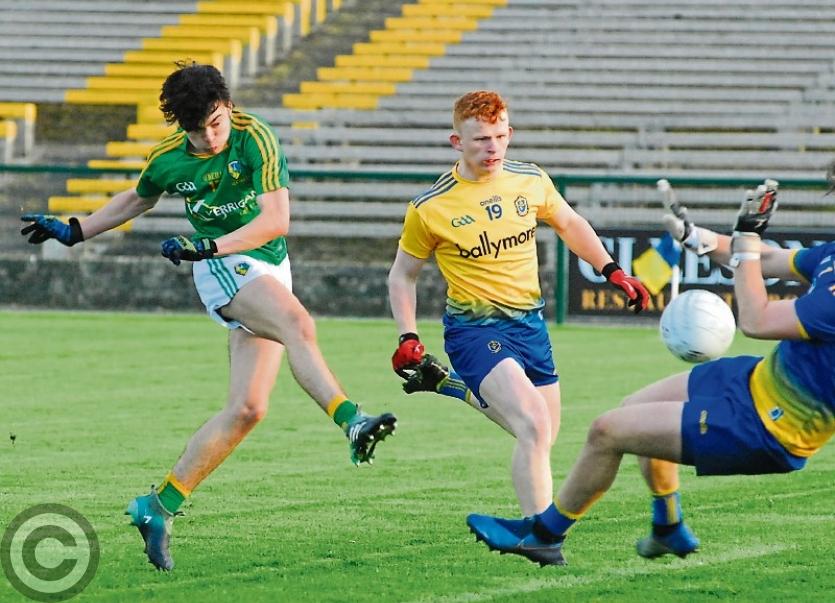 Hyde Park is definitely becoming a nightmare zone for Leitrim football as the County Minors were obliterated by Roscommon in the second half of this ESB Connacht Minor Football Championship tie to run out 22 point winners.

Looking at the final score, you'd call anyone who said this was a tight contest until the 40th minute an outright liar but it truly was as a wasteful Leitrim had more than enough chances to put Roscommon under pressure but failed to take them.

As it was Roscommon got a goal against the run of play but Leitrim seemed to be coping until a second Aaron Oyiki goal seemed to knock the stuffing out of the Green & Gold and the floodgates opened.

It would be easy to blast these young footballers but they are the product of a system that has been failing for some years so blaming the ills of Leitrim football on one particular group of 16 and 17 year olds is not only unfair, it is downright mindless.

The way the Leitrim team collapsed was alarming but at underage level, this can happen. It is just that it is happening a lot these days, at every level, and it is getting harder and harder to take.

Both teams started nervously and it showed in the play with Leitrim thankful for a marginal square ball call against Roscommon's Mark Purcell that denied the hosts a goal after six minutes.

Leitrim led by a point after 20 minutes thanks to two Barry McWeeney frees and a Shane Mallon point while Roscommon keeper Cian Feely did excellently to deny McWeeney a goal.

With Radek Oberwan, Eoin McLoughlin and Jack Hughes impressing in the middle of the park, Leitrim were having the better of the exchanges but seven wides and Barry McWeeney seeing a great goal chance saved by the Roscommon keeper compared to three wides and a disallowed goal for the home side tell the story of how the game was going.

Unfortunately, that all changed on the run-in to halftime as a bad kickout was caught by Roscommon's Ruaidhri Fallon, his high ball was caught behind the defence by the burly Aaron Oyiki and his side-step saw him find the net to give Roscommon a 1-5 to 0-4 halftime lead.

The second half started off equally tight but the direct running of Adam McDermott split the Leitrim defence and Oyiki was left with a simple punch to the net on six minutes.

Conor Flood did well to stop McDermott finding the net a minute later but 13 minutes into the second half, a wayward kickout led to a sideline ball that was fed to McDermott and his strong running led to a third Roscommon goal.

Leitrim's heads were already gone before the third goal and it only got worse as Roscommon tagged on a series of points and finished with Ronan Garvin finding the net after soloing what seemed like half the field.

Leitrim did manage a few consolation points from Fergal McLoughlin while Roscommon keeper Feely made a superb block to deny James Clinton a goal.

The game finished a low note for Leitrim as Barry McWeeney received a straight red card, seemingly for an off-the-ball incident, deep into injury time, the card all the more bizarre by the fact that the Kiltubrid man was in the process of being substituted but referee Ronan Hynes ordered the substitution be cancelled before flashing the red card.

MAIN MAN - Adam McDermott was a constant thorn in Leitrim's side while Oisin Cregg also caught the eye. For Leitrim, Radek Oberwan, Jack Hughes, Shane Mallon and Senan Harte all fought manfully and were on top during Leitrim's good spell in the first half.

TURNING POINT - A poor kickout, a mark and a high ball into the Leitrim goalmouth fielded by Aaron Oyiki turned this game on its head late in the first half. It stunned Leitrim and when Oyiki added a second early in the second half, it opened the floodgates.

TALKING POINT - Hard to know what to make of this game as Leitrim were right in contention until Roscommon's first goal. Then the floodgates opened as Leitrim capitulated completely, the game becoming a rout and somewhat embarrassing for the small but loyal band of Leitrim supporters there in Hyde Park.

WHAT NOW? Leitrim face Sligo in their next game on Friday June 14, knowing that only a B  Final awaits.