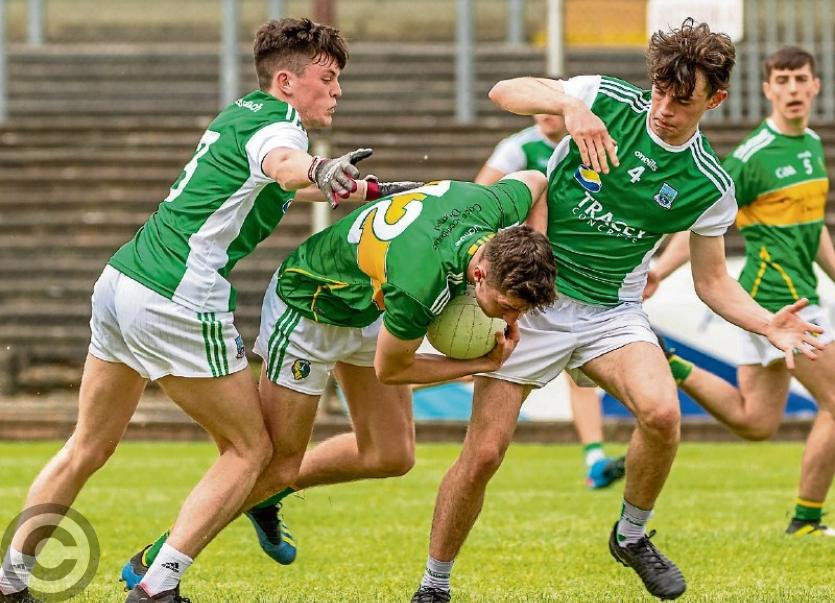 Leitrim Under 20 footballers concluded their Philly McGuinness Memorial Cup campaign on Saturday last as they suffered a one point loss to neighbours Fermanagh at a sunny but breezy Avantcard Páirc Seán Mac Diarmada.

The development tournament, introduced this year as a warm up to the provincial championship, has given valuable match experience to the competing teams in advance of the provincial knock out campaign which begins at the end of this month.

Leitrim will have learned a lot about themselves in a campaign that didn’t yield any victories, following previous losses to Longford and Sligo but if these lessons can be put to good use, the campaign will have served a useful purpose later in the month.

Saturday’s encounter was played out between two very evenly matched teams but with respective defences having the measure of their opponents, it was rather low scoring affair throughout.

Fermanagh were first out of the blocks as wing back Liam Owens brought up field to fire over in the first minute. Leitrim’s response was swift as a break downfield ended with Tom Prior finding the inrushing Ciaran Cullen and he made no mistake finding the net to give the home side a tonic start in the second minute.

The remainder of the first quarter was littered with wides from both sides as decent chances were spurned. Midfielder Brandon Horan did add an eighth minute point and Tom Prior added Leitrim’s second score with a point as we entered the second quarter.

Sean Cassidy and Mark Diffley exchanged points from frees before the Leitrim goal had a narrow escape Oran McCarney’s goal bound effort came back off the base of the post and the resultant follow up was wasted by the Fermanagh men.

The half concluded with a fine left footed Riordan O’Rourke score for Leitrim as Conor Love from play. The teams retired to the dressing room with the Leitrim lads holding a slender single score advantage 1-3 to 0-5.

Riordan O’Rourke extended Leitrim’s lead from play within a minute of the resumption and this was followed by a Sean Cassidy point for the Ernesiders, also from play. Mark Diffley and Cassidy exchanged pointed frees. In the tenth minute a Paul Breen free levelled matters as the game moved from end to end.

The final quarter was packed with honest endeavour from both sides but scores were at a premium. A Cassidy free gave the Fermanagh lads the lead for the first time from the opening minute but Ciaran Cullen from play levelled matters.

However with the result up for grabs, it was Sean Cassidy with a point from play who ultimately won it for the visitors and there was no time for a Leitrim response.

Next up for Leitrim is the Connacht Under 20 Championship quarterfinal clash with Roscommon in Avantcard Páirc Seán Mac Diarmada on Wednesday June 26.