Nerves not just on the field 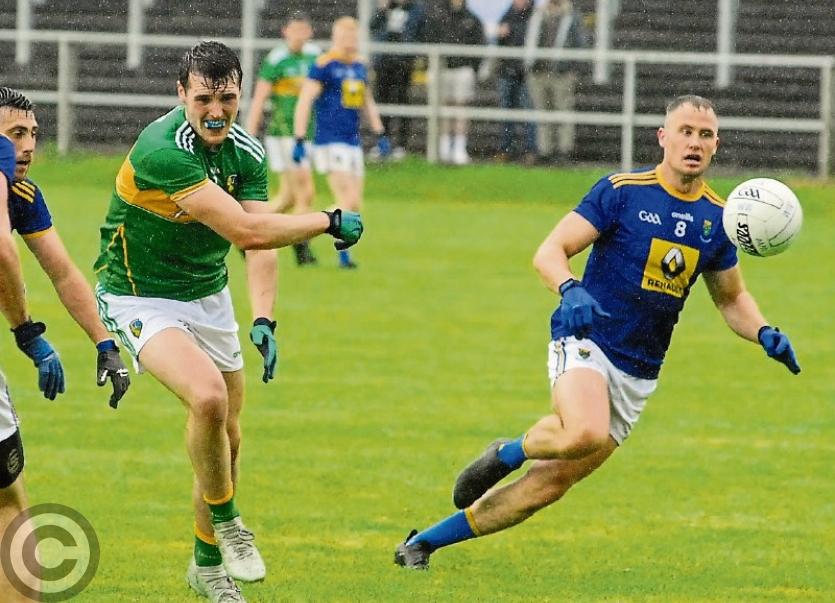 When you hear yourself shout an expletive in a packed pressroom as Leitrim concede a free deep in injury time, you know you've long crossed the line of implacable journalistic impartiality!

The source of my frustration was not just the concession of a needless free but rather the crazy backchat that saw the kick moved in by referee Barry Cassidy and perhaps my own sense of fatalism that Mark Jackson, quite rightly named on the GAA.ie's Team of the Week, would launch the ball into the Leitrim goalmouth and big Conor McGraynor or Dean Healy would get a touch and the ball would end up nestling in the back of the net!

Too fatalistic you wonder? Well, when you've live through David “Jimmy Nail” O'Connor breaking Leitrim hearts with a late Roscommon goal in the Qualifiers in 2003, or Sean Og De Paor crushing Leitrim dreams of back to back titles in 1995, also in injury time, well you get a little bit nervous when the Green & Gold are protecting a lead.

It is a nervousness that seemed to be shared by everyone with Leitrim in their heart in Avantcard Pairc Sean Mac Diarmada, from players to supporters to media, everyone seemed on a knife edge against Wicklow and it was relief not joy that greeted the long, relieving final whistle.

Now the nerves had started very early - the hurlers did their best to give everyone apoplexy in their do or die clash with Fermanagh. A four point win would have done the Green & Gold and it seemed Martin Cunniffe's team were determined to flirt with our emotions.

The roller coaster of a game saw them go three points up with the very first score before going three points down within ten minutes. Leitrim led by four and even five points on two occasions but each and every time, Fermanagh clawed a few points back and drew within one point with ten minutes to go.

Dashed again, we all thought but no, these hurlers are made of stern stuff and with Gavin O'Hagan assuming the freetaker's mantle from Clement Cunniffe, the hurlers are heading back to Croke Park for the second time in three years, determined to return with silverware this time and you certainly wouldn't back against them this time.

Given the year they've already had, it is hard to imagine the cloud that Terry Hyland's troops went into the Wicklow game under but under a cloud they were, certainly that's what the players felt and it showed in their performance, gritty and determined it was but littered with errors, the sort that only a nervous team make.

Clare might be regarded as a good draw but the Banner men are an accomplished and experienced side and they won't fear coming to Carrick, it certainly isn't as easy as most fans seem to believe.

Anyway back to Saturday, there were some important performances in the Leitrim ranks. Pearce Dolan, subject of more than a few doubts about his form, showed what he can do with three excellent points - Leitrim will need him to kick on.

Dean McGovern remains an enigma, perhaps better suited to coming off the bench a lá Kevin McManamon, but there is no denying the impact the Ballinamore Sean O'Heslin's man has on his team.

Ryan O'Rourke found his way back to his natural position, leading the attack from full-forward and look what happened! Seven points and an attacking edge Leitrim desperately need. Let's hope he stays there.

Hoping someone stays put definitely applies to Micheal McWeeney and Paddy Maguire who again demonstrated just how invaluable they are to Leitrim's cause now, and in the future. Hard to imagine this Leitrim team without the defensive duo.

Oisin McCaffrey represents the future, his day may have ended early but he has got a taste of the big time and will have learned a lot from it. He need look no further than Conor Reynolds for inspiration. The Annaduff man might have given away a few frees but did anyone match his aggression and enthusiasm last Sunday? He has been the find of the championship for Leitrim.

There are plenty of positives to take from the Wicklow victory, none more important than it was a victory. The performance hardly ranks up there with Leitrim's best of 2019 and from chatting to the players, nobody knows that better than them. Knowing these players, expect Leitrim to rise to the challenge of taking on a formidable Clare side on Saturday week. It is all we have ever asked.