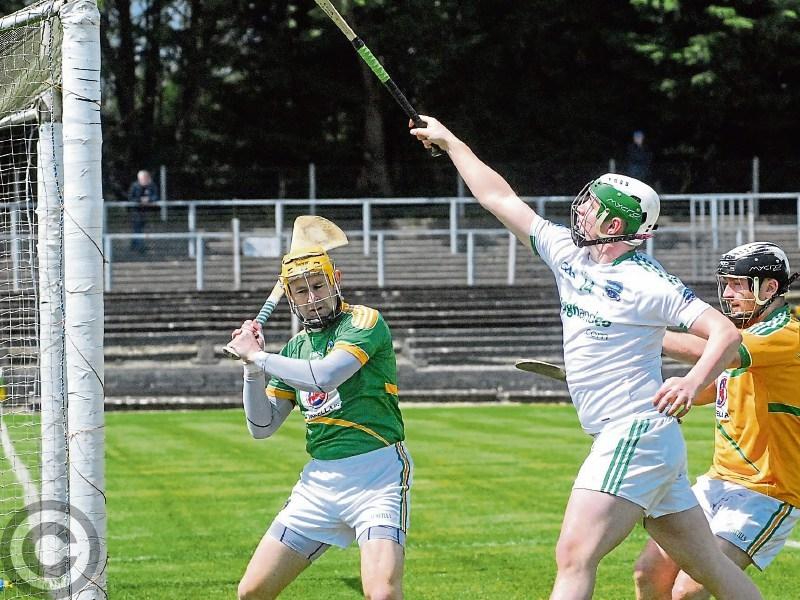 Leitrim hurlers may have left it kinda late to book their place in the Lory Meagher Cup Final but captain Declan Molloy never wavered in his belief that the Green & Gold would get across the line.

Up against favourites Fermanagh, Leitrim needed two Ben Murray scores and three from Gavin O’Hagan to secure the sought after five point victory that qualified Leitrim for the final on the basis of scoring difference.

Yet after describing the victory as “fantastic”, Declan said he never lost faith in his teammates: “I was never doubting, no. I know these guys so well over the last number of years and we knew we could do it.

“So we need a break and please God, we will do it in a couple of weeks time and put Leitrim on the map.”

The Leitrim keeper also felt that his teammates never lost their cool and kept faith in a deadly forward line: “We never panicked, we stuck to our game plan and we knew if we could get the ball into our forward line as quick as we could, we have some serious forwards who are able to clock up a score.

“2-18 is a great score on a day like today when it is wet and greasy. We knew get the ball to the forwards and they could do a job. We never panicked because we know these bunch of lads, a serious, serious bunch of lads. Even today, we haven’t shown what we can do it and on the big stage, hopefully in a couple of weeks time, that is the time to do it.”

Explaining what it means to the hurling community in Leitrim, Declan revealed that he had been tempted out of retirement by the spirit shown in Leitrim hurling: “I retired from playing hurling and then a few lads asked me to give them a hand, I gave a hand a couple of years ago and then I ended up playing a bit and got the gra for it.

“You couldn’t but, when these lads ask you to train and play, it is so enjoyable, they love their hurling. Every county has their little pocket of hurling, whether it is Fermanagh or Cavan or Leitrim and we’ve got a serious bunch of guys who love playing together, who love hurling and we just immensely enjoy it.

“You have plenty of bad days, lots of bad days but the good days are really good.”

Declan highlighted the sacrifices made by the hurling squad as he appealed to the Leitrim GAA public to travel to Croke Park to support the hurlers: “Ten people is bigger than what we’re used to. The crowd in Pairc Sean hey seemed to enjoy the game and hopefully they get behind us for two weeks time.

“The guys are fantastic, they put in so much work and effort. We went over to England a far better team and we won’t go into all the issues we had, it is all history now. We knew coming in today that it was in our own hands so no complaints about anybody.

“We want everybody to get behind us and support this team, we definitely have a score to settle - they beat us in the League Final after extra-time and they beat us over there but we’re not afraid of Lancashire, bring them on, we’re ready to go.”