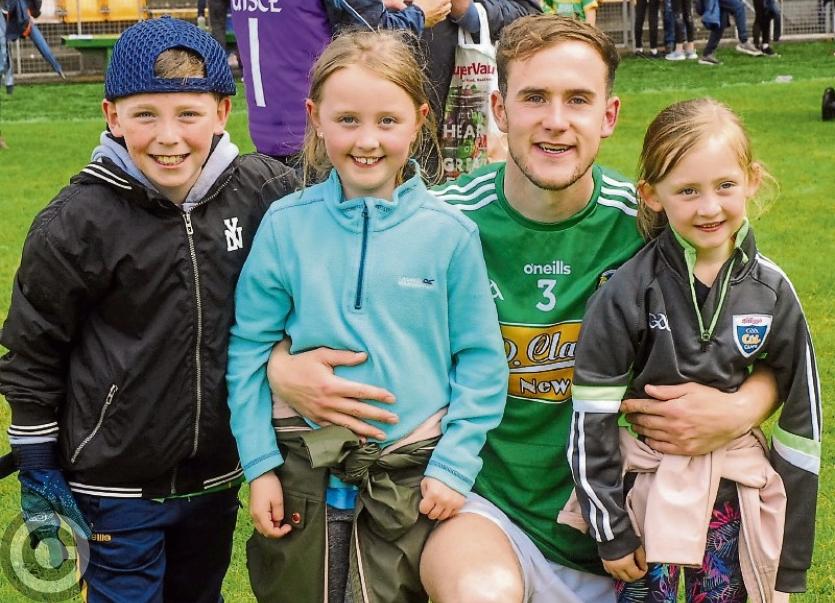 You want a sense of how much the defeat to Roscommon hurt Leitrim’s footballers? Listen to what captain Micheal McWeeney had to say after the All-Ireland Qualifier victory over Wicklow last Saturday.

Gone was the wild abandon of the celebrations over Louth last year, replaced more by a sense of relief, particularly from the players and their captain admitted Leitrim needed to show what they are truly capable of against Wicklow.

“Absolutely thrilled with that,” stressed Micheal when asked for his reaction to the two point win over Wicklow, “We’ve seen in the past how hard the Qualifiers are for this county. It was a massive defeat we had to bounce back from three weeks ago and we did that today.

“We all stood up, it wasn’t really a day for fancy football, it was the team who wanted it the most, had the workrate and we really stood up there during the second half. We trained very hard the last three weeks.

“The spirits weren’t great but we just showed the boys who were there that we wanted to stand up, we wanted to show that the league wasn’t a one off.”

Picking themselves up off the floor for the Qualifiers was tough but Micheal was confident in the resolve of this group of players: “A loss is a loss, we can’t say we’re not used to them but this group, there is a different mentality in the group.

“Obviously any time, you lose a game, it is not going to be easy but we picked it up when we went back for club games and then we put in three serious weeks of training and you could see there in the last 15 minutes, when the game was in the melting pot, we had the legs and we showed we could see out the game.”

Confidence came from the fact that Leitrim were familiar with Wicklow: “How many times have we played Wicklow in the National League? We are very equal teams, we knew it was going to be like that, we knew we had to be patient, we just took our chances.

“We did miss a few in the second half but when the chances did come our way, the lads, and Ryan in particular, stood up. He has been doing it all year, we don’t expect anything different now, we just take it for granted now.