Marty brings his party to The Leitrim Wall 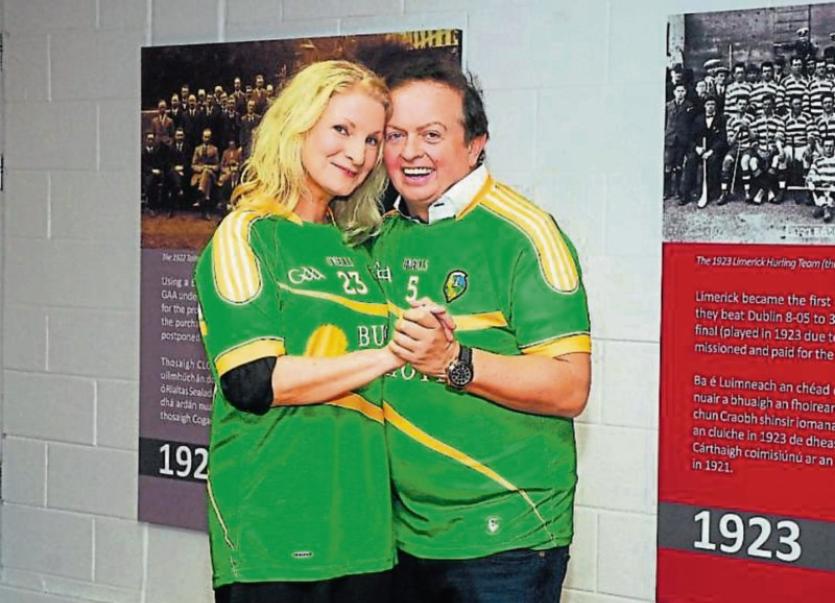 RTE regularly informs us that there is no party like a Marty party. Well Mr. Morrissey has officially joined the Leitrim Wall fundraising party by buying a brick to ‘support his pals in Leitrim’.

Marty has always displayed a soft spot for Leitrim. He was special guest at the annual gathering of the Dublin branch of the Leitrim Supporters Club in January 2018, when he regaled the large crowd with tales of his remarkable career as a sports broadcaster.

In New York last summer, he was rivetted when covering live one of the games of the 2018 championship season as Leitrim just edged the Exiles after an epic extra-time battle. He also brought his camera crew to a couple of Leitrim London championship matches in Ruislip.

When the Clare man heard about Leitrim County Board’s efforts to complete the Centre of Excellence in Annaduff, he thought the Leitrim Wall was a great way to give supporters a tangible way to leave their mark.

Supporting my pals in Leitrim’

Hundred of bricks with inspirational messages have been bought to date. To ensure your brick is in The Leitrim Wall in time for the official opening of the facility at the end of the summer you must buy your brick before the end of June.

Funds already collected for the project are nearing €170,000 with quite a bit more committed and yet to be collected. In order to complete the project to the highest standard it will take in the region of €50,000 and more and based on present trends, the committee are quite confident this figure will be reached.

The Centre of Excellence will be officially opened on September 7, by GAA President John Horan, with all work completed and the project debt free. This will be a major achievement and a credit to Leitrim GAA Supporters everywhere.

To secure your personalised brick please go to www.leitrimwall.com , talk to any of the Leitrim County Executive or fundraising committee, or call into the offices at the Centre of Excellence in Annaduff and speak with Brain Blake.

Time is running out so make sure you are on the Leitrim Wall.