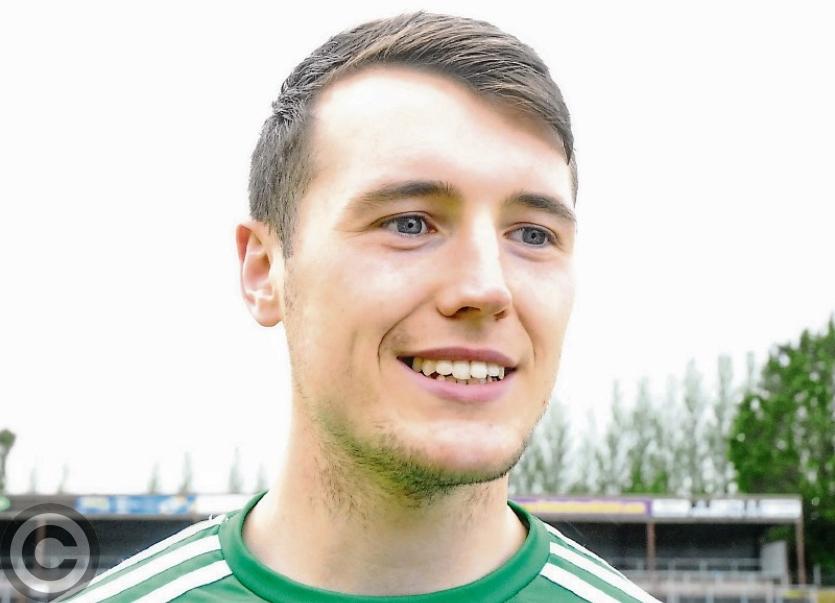 Making your debut for Leitrim is always a special day and for Ballinamore’s Oisin McCaffrey, last Saturday’s first ever start was a dream come true even with the disappointment of exiting the action early.

A surprise inclusion in the starting 15, Oisin made his first ever start for the County Senior team against Wicklow and got through 33 minutes of action before an unfortunate black card ended his day earlier than expected.

It didn’t, however, dampen the day for Oisin who agreed it was a proud day for him: “Absolutely, it was a great experience, a pity it went the way it did. Getting the card was devastating to be honest but it is a team effort, it is not about me.

“I never played county before so it is a great achievement for myself, my family and my club to be selected today to play midfield with my clubmate Shane Moran.”

Ironically, Oisin’s black card led to the arrival of another Ballinamore man onto the field in Dean McGovern and Oisin was delighted to see his clubmate see action, even quipping “A lot of options there for Ballinamore at midfield going forward!”

Named on the team on Thursday, Oisin was swamped by messages of congratulations on social media but he concentrated on the game first and foremost: “Overwhelming but you have to take it as it is, don’t get too bogged down with what people are saying and just play your own game. It was great for the family more so.”

It might have been his first start but Oisin spoke like a veteran when looking ahead: “It is absolutely brilliant to get the win and going forward. We wanted to get the momentum we had in the league back so it is brilliant to get my debut over and done with.

“I got momentum there in the Junior game against Mayo, it is good to get the minutes under the belt. Hopefully we can train hard over the next two weeks and hopefully I can retain my place in the starting 15 for the next game.

“It is a big step up, I thought it was a good hard hitting game with the two Wicklow games but we were well able for it. It is going to be a big two weeks.”