Picking up after Hyde Park was extremely tough 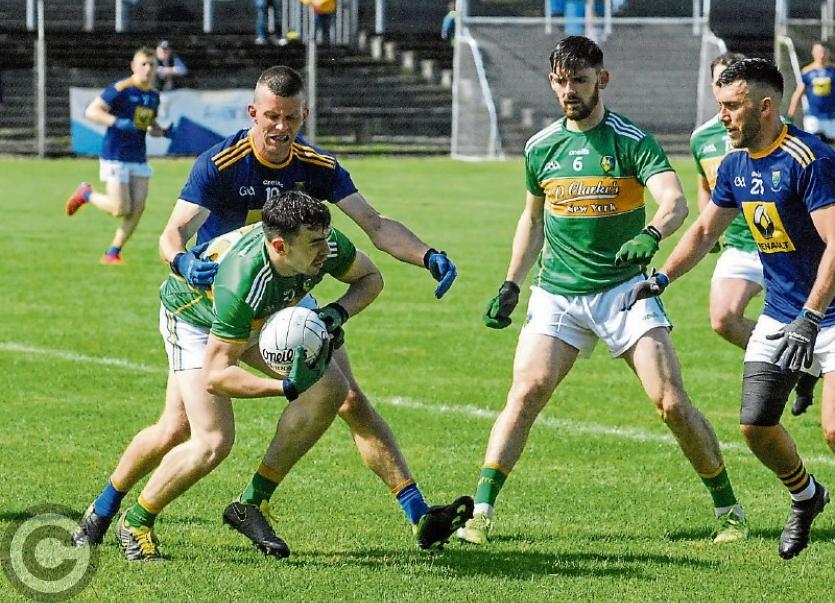 Dean McGovern is pressurised by a Wicklow opponent after coming on last Saturday Picture: Willie Donnellan

The sense of relief among Leitrim supporters last Saturday after the All-Ireland SFC Qualifier victory over Wicklow was only exceeded by the relief felt by the Leitrim players.

Unlike last year’s Qualifier victory over Louth, there was no sense of exultation in Avantcard Pairc Sean Mac Diarmada as most of the players left the field pretty quickly rather than mingling with supporters.

And you sense the shadow of the Roscommon game still looms large over this group of Leitrim players, particularly with a candid interview with Dean McGovern who made a big impact when introduced as a first half sub after clubmate Oisin McCaffrey received a black card.

“Delighted to get into the next round,” was Dean’s initial response before revealing the extent of the hurt felt by the Leitrim players after the Hyde Park defeat, “I suppose after the Roscommon game, it was hard to pick ourselves up after training.

“We just got training hard and stuff like that and thankfully today we got the result, that is all that mattered, just getting back on the road.”

Dean made a big impact when introduced but didn’t quibble with the fact that he didn’t start against Wicklow or Roscommon and praised clubmate Oisin McCaffrey, quite honestly revealing he himself hadn’t been working hard enough to justify selection.

“Oisin was fully deserving to get his place, he was training hard. I probably just wasn’t training hard enough over the last few weeks leading up to the Roscommon game. Thankfully when I got in, things started to fall right for me, I was told to pick up number eight and I started to get into the game.

“It is a game that suits me, teams that are sort of open, that don’t clog up the space in the middle of the park, it kind of suits me, it is the way I play with Ballinamore.

“Sometimes you have to change your game when you play with Leitrim and some times, it might not suit you, I prefer getting on the ball and going at teams.”

Another Qualifier game is up next for Leitrim but Dean reveals that Leitrim are still setting their sights on Roscommon: “It was extremely tough after the Roscommon game, there is no point denying that but it kind of shows where we have to get to. We want to get to the level of Roscommon.

“Please God, we will keep training and the lads keep working hard and if we get a good draw and get into the next round. That is the level the group wants to get to, we’re a very ambitious group. We looked very flat in the Roscommon game but it wasn’t that we trained that way, things didn’t fall for us on the day. Hopefully, the next round, things will fall for us.”