Carrick-on-Shannon AC's Gerard O'Donnell chats to Observer Sports editor John Connolly in an extended interview ahead of competing in the European Team Games in Minsk, Belarus next week 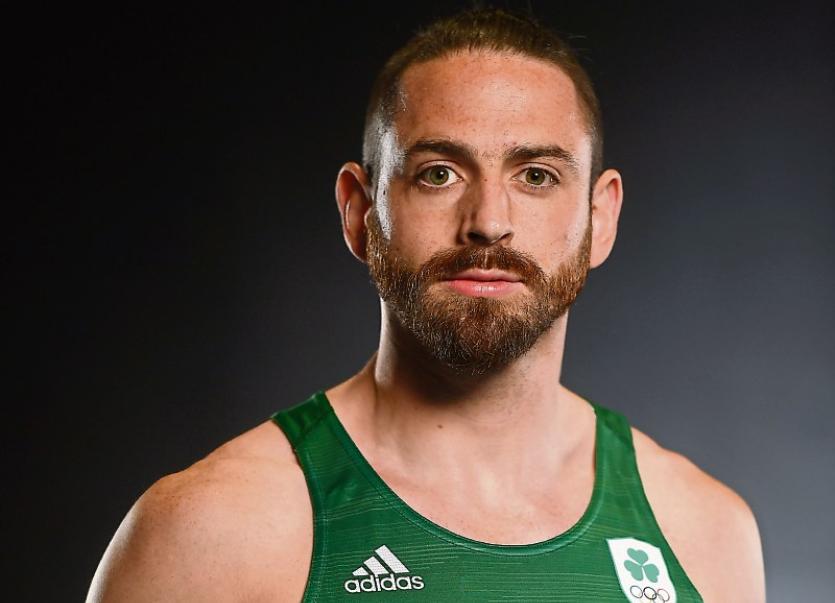 The return of the traditional Irish summer might be frustrating for you and me but when it starts spreading to Europe, you get the feeling that Gerard O’Donnell could be excused for thinking the bad weather is following him around.

The Carrick-on-Shannon AC athlete competes in the European Olympic Games in Minsk from June 21-30, having travelled out to Belarus on Wednesday with the Irish team, to compete in the 110m Hurdles in a new style athletics team event.

Representing Ireland in an Olympic event is a first for O’Donnell and he is definitely excited by the prospect: “For an Olympic event, it doesn’t come around too often and it is nice to get selected for that and to be part of a multi-sport team is something I’ve never been involved in as a Senior.

“To be going there with people like the boxers and the rowers and people who are trying to get Olympic Qualification, it will be a new experience. This is the first time athletics has been part of the European Games.”

The new style competition differs from the normal athletics championships in that it is the team that advances, not the individual as Gerard explains: “It doesn’t matter if I run a world record, I won’t automatically qualify, the qualifiers will be the winners of each group on complete team points.

“It is a new format they are trialling out, it might be the only time it is in place but they are trying to see what they can do with it. I am guaranteed two races, there will be four groups of six, 24 teams entered with semi-finals and finals later in the week.”

The championships present a challenge for Gerard and other Irish athletes as they take place so early in the season and with the rain seeming to follow the Leitrim hurdler around the continent on his races this year, chasing fast times has been a frustrating experience.

Even his last warm-up race in Geneva last Saturday was swamped by torrential thunderstorms so it is understandable if Gerard is frustrated: “The races I’ve run this year have been in miserable weather.  I went to a preliminary meeting in France and it was absolutely bucketing rain and I ended up pulling out of it because my calf was dodgy and the rain was so bad.

“Went back and I was promised it would be good weather and it pissed rain again. I went to Oordegem in Flanders which is getting the reputation as the magic meet for Irish athletes to go to, there was over 100 Irish athletes there. In the heat, we had a big headwind and in the final, it was pouring rain.

“You go away expecting good weather and usually you get it but this year has been a whole different story. You can’t really judge yourself over what’s been happening the early part of the season but it is just about longevity and getting through the season.”

Getting through the season is important as the European Team Games is just one of Gerard’s targets for the year. Winning three National titles in a row would be a huge achievement while gaining selection for the European Athletics Teams League is another target.

“At the start of the season that was one of the main goals, to get to the European Games. I skipped indoors, focussing on getting a few good outdoor races in. It is still another five or six weeks to nationals after that and the European Team competition is another big competition for the year and they are my two goals, they are seven weeks apart so it is hard to peak twice within a short period.

“It is just about managing and balancing that and not to be focusing on results too much because they don’t really tell the true story of where I am at in the season.”

Balancing those demands is pretty tough with injury a constant threat to his plans: “Last year, I ran pretty fast in May and then I had a bit of an injury and had to take a few weeks off. For this year, you’re nearly expecting to run fast in May again even though I had a very different build up to it.

“I did a lot less hurdling early on because I wanted to stay fresh and healthy right up until the end of August. A few races in May were ok, a few messy ones but that’s fine but at the same time you want to be going into your championships running really well but I have a couple weeks of training and I had a race last weekend so that’ll be a nice sharpen upper so I should be in good shape.”

Ireland has also witnessed an explosion in sprinting talent in recent years with even Gerard’s own club Carrick-on-Shannon AC producing some excellent up and coming talent in Alannah McGuinness and Toyosi Fagbo, not to mention his training partner Eanna Madden.

It is all down to better facilities and more opportunities to train at the right speeds: “I kind of put it down that outside of Dublin, there are lots of good facilities now and people can run fast once or twice a week even if the weather isn’t great.

“If it is 12-14 degrees, you can still run pretty fast, obviously if it is down to the minuses, you want to avoid it. I think it is just giving people an opportunity that wasn’t there before, when we were younger, you had to travel two hours to get to a track.

“People are getting to touch in with speed a lot earlier and more frequently.” 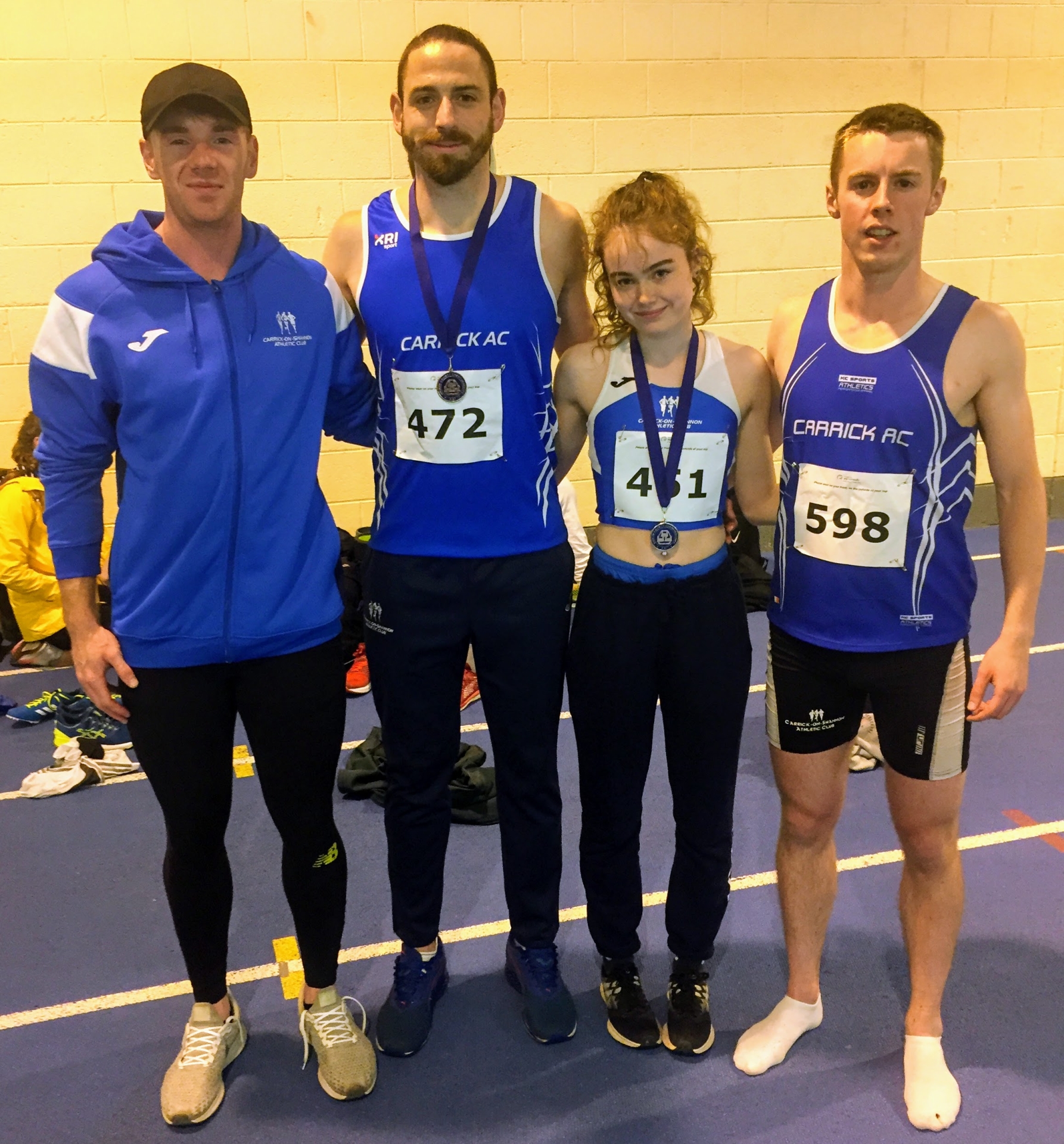 This season has seen clubmate Eanna Madden join Gerard's training group and it is paying off for both Leitrim athletes with Eanna running a stunning 10.55 for 100m to go third on the Irish list for 2019 and Gerard is very impressed.

“Eanna is absolutely flying it and it is great to see him get the reward, he has put in great work, especially with his studies.

“Eanna and I do a lot of shorter stuff together and it means  I can run faster by running easier because you have somebody beside you. I don’t have to be forcing myself to run X time whereas on your own, it is more of a struggle no matter who else is at the track.

“The group has been absolutely flying and Eanna has been a great addition. A lot of the time, I wouldn’t have had anyone to train with in terms of flat stuff because a lot of the stuff I do over the winter wouldn’t be over hurdles and most of the guys are doing 400m stuff.

Myself and Eanna have been work off each other a lot.”

Gerard's  more immediate aims are in Minsk over the coming weeks and when asked what his targets are, his reply is simple and to the point: “From looking at the entry lists, I hope to be top three in my race on day one, they are two guys who are world championship standard, they can run 13.4. There are a few guys around my times.

“I’ll be in good shape when I get out there, good weather, big stadium, shouldn’t be too much wind. Try and go hell for leather, get a good performance. In hurdles, anything can happen but the aim is to qualify as a team.”