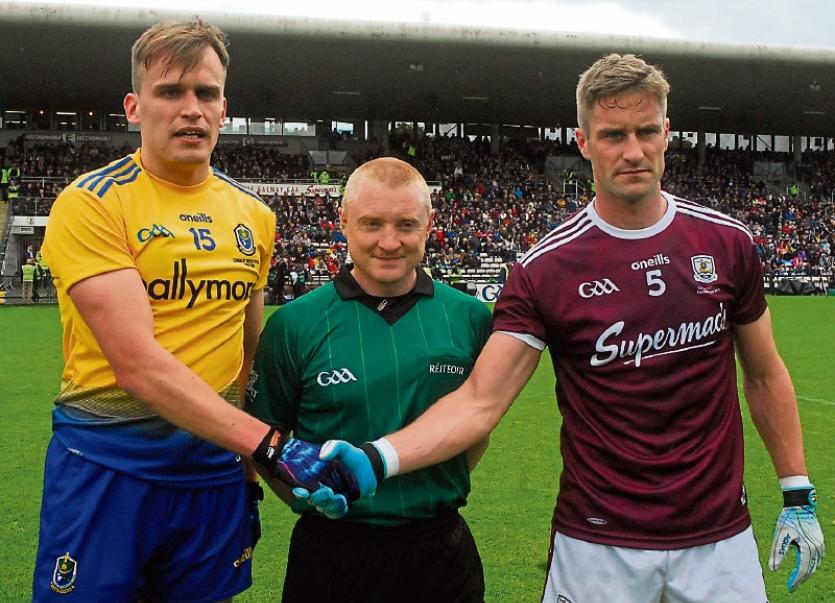 What a win for Roscommon. It will stick in the craw of a lot of Leitrim folk but instead of begrudging them their second title in three years we need to seek to emulate them.

There are two ways to look at the chastening defeat Roscommon delivered in the Connacht semi-final to this young Leitrim team. We can see it as a bitter reminder of the gap that exists between the two counties or a road map of the journey we need to travel to start competing at their level again.

Throughout the 2000s, matches between Leitrim and Roscommon were extremely competitive with our neighbours holding the slight edge. Their strength in depth often told in tight matches but we never took to the field expecting anything other than a win.

Go back another decade and the Leitrim Connacht champions of 1994 that were honoured before Sunday’s Connacht final relished every encounter against the Rossies. It’s difficult for the current set of players to truly enter a game with that mindset because their recent experiences have been a world away from even running Roscommon close, never mind competing on the same stage.

And for that reason it is essential that, for now, we stop looking at games between the two purely in terms of victory and defeat. Instead we need to see progress from this Leitrim team in every outing.

The Clare match offers another such opportunity. The lads were nervous and edgy against Wicklow but they stuck with it and got a confidence boosting win. The contribution of Ryan O’Rourke can’t be underestimated.

When Leitrim needed a leader, time and again he took on that mantle. Every team needs such a go to player. But we desperately need others stepping into leadership roles all over the field. Clare will stretch Leitrim on Saturday, but it should be in a good way. They retained Division 2 status ahead of Cork and Tipperary so they are a team to be reckoned with.

But they also offer Leitrim the perfect opportunity to shake off some of the baggage and mental debris that they currently carry into the provincial championship.

Every game in Division 3 next year will stretch Leitrim. This Clare match offers a perfect template of preparation for that challenge. The ability to win tight matches won Leitrim promotion. The ability to replicate that against better opposition will determine whether they retain their hard-fought Division 3 status. They need to show on Saturday they can compete at that level and bring to the game the requisite level of intensity, belief, and most importantly, performance.

Of course, that will be the second game of a busy day for Leitrim GAA. The hurlers qualified for their second Lory Meagher Cup in three years with a hard-fought win over fancied Fermanagh. Their opponents in Croke Park on Saturday is Lancashire, northern neighbours of Warwickshire, who overcame Leitrim in 2017.

I was at that game and while it was a brilliant occasion for the voluminous and colourful Leitrim support, the occasion seemed to get to the team. That’s understandable, but with much of the same group of players to call upon in 2019 the management will hope that the recent experience of playing in HQ with stand to them.

Lancashire pipped Leitrim in the opening round of the competition back in May 18, but home advantage is often telling when playing against the UK Exile teams. En route to the final in 2017, Leitrim recorded a home victory against the same opposition. On paper there is nothing between the sides, and the Leitrim support could prove telling in a tight encounter so please be sure to get along.

I know some people were put out about both games being scheduled on the same day but such is the reality of a dual county! Let’s make a day of it on Saturday – I want to see the Leitrim bandwagon festooned with colours making its way up the N3 and N4 to Dublin on Saturday morning only to be significantly swollen by Leitrim’s eastern exiles as we return to the motherland on Saturday evening, Lory Meagher Cup in tow, to cheer the footballers on to victory.