Lancashire loss will drive on Paul and Leitrim 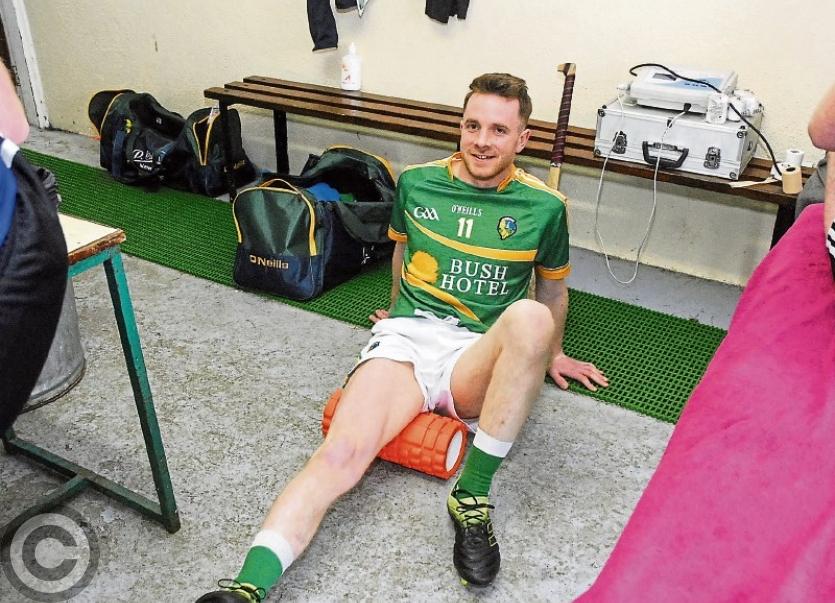 Leitrim's Paul Earley does a bit of stretching in the dressing room before training last week - he is determined to bring the Cup home next Saturday Picture: Willie Donnellan

There’s nothing motivates a player more than a little bit of revenge and for Paul Earley and his Leitrim teammates, that is certainly true ahead of next Saturday’s Lory Meagher Cup Final in Croke Park.

Facing Lancashire comes with extra-baggage as the Exiles defeated the Green & Gold last year in a League Final while a controversial clash in the round robin stages this year saw Leitrim lodge official complaints.

“Nice bit of history with Lancashire,” reflects Paul, “It was just unfortunate with the set-up of it. To have only a referee for the game was disappointing but we have to put that aside and drive at them.

“We’ve lost two finals in the last two years so hopefully, third time lucky. Last year’s League Final will drive us on, we lost in extra time and didn’t really get going two years ago in the Lory Meagher Final so we’re looking forward to putting in the effort and driving on to hopefully get a cup.”

2019 has been a tough campaign and playing in Croke Park is something Paul will enjoy: “It is a massive occasion for us, we put in a lot of effort this year so it is great to be back after two years and give it a good rattle.

“The league didn’t go well at all, a few injuries came in, we lost by a point to Cavan, not finishing with 15 men so we took that on board, being more clinical with our tackling and taking our scores. We’ve done that so far and hopefully keep it up.”

Playing in Croke Park is a highlight for many a player but Paul is putting it to the back of his mind: “The approach will be that it is another game, another final we want to win. The fact that it is in Croker makes it more special but we have to put that at the back of our heads, just focus on the game and winning the game.”

“Me and Fergal play county but there are a lot more hurlers there and hopefully, this will encourage them to come out, put in a stick in their hand and try the small ball.”

The brothers have had a long non-stop year with hurling with Leitrim and Aughnasheelin playing off-season but it is all enjoyed: “Busy, no off season at all but we enjoy it and that’s half the battle. The travelling down takes a toll, being based in Dublin.”

Looking ahead to the final, Paul is confident of victory but wary at the same time: “Lancashire have a very good freetaker, in the league we gave away too many frees so hopefully we can reduce them and if we can do that, I think we have a chance of winning.