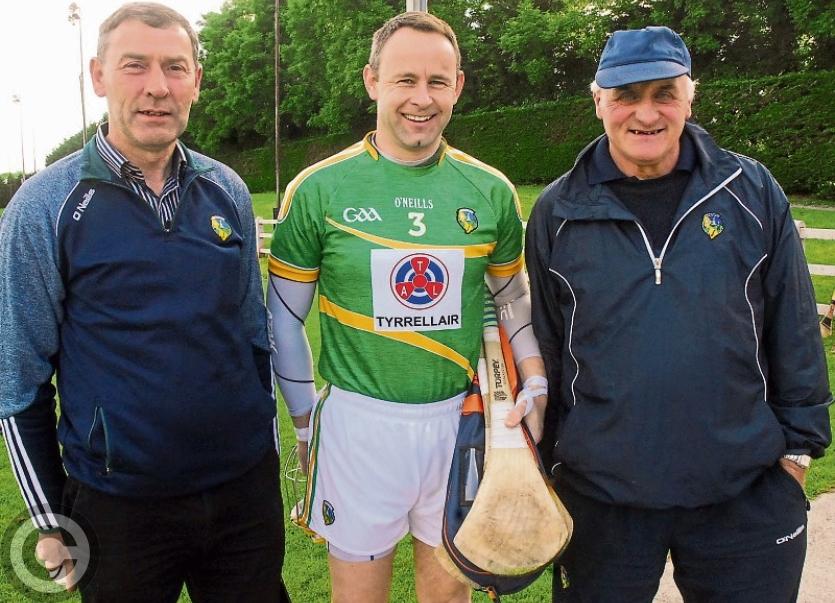 Nobody associated with any Leitrim team ever makes outrageous predictions of victory, so fearful are they of upsetting the sporting gods. But that just might be changing if you chat with the Leitrim hurlers.

Not taking anything for granted, let alone next Saturday's Lory Meagher Cup Final opponents Lancashire, Leitrim players exude a confidence and self-belief that has this cautious scribe believing that this is their year.

Two years ago, we visited the camp ahead of the hurlers first ever trip to Croke Park and found them giddy, excited, chatty yet determined. Last Thursday, the determination remained but gone was the excitement and giddiness at playing in Croke Park, replaced by a realisation that a Cup is there to be won.

Of course, it is going to take more than an attitude change to bring home the Cup. Lancashire have twice beaten Leitrim in the last 15 months, most notably in the Division 3B Final in Ballyconnell where the superb freetaking of Ronan Crowley sank 14 man Leitrim.

It is a lesson hard learned but Leitrim need to remember it. Crowley scored 15 points in the controversial round robin game in Manchester last month, 12 from frees and it was his freetaking that broke Leitrim in Ballyconnell after a sending off.

Croke Park's bigger dimensions will no doubt suit Leitrim far more than Lancashire but a player with Crowley's accuracy can make Leitrim pay for indiscipline from anywhere as Warwickshire showed two years ago.

The controversy over the game in Manchester will also fuel Leitrim's desire but they can't rely on it because Lancashire are sure to be just as annoyed over some of the comments too, expect them to come out breathing fire.

What really give Leitrim confidence, however, is the increase in scoring rates with points coming from all sectors. The novelty of two years ago has gone and there is now a steely determination - Leitrim to win and bring home the Lory Meagher Cup to Avantcard Pairc Sean Mac Diarmada next Saturday!