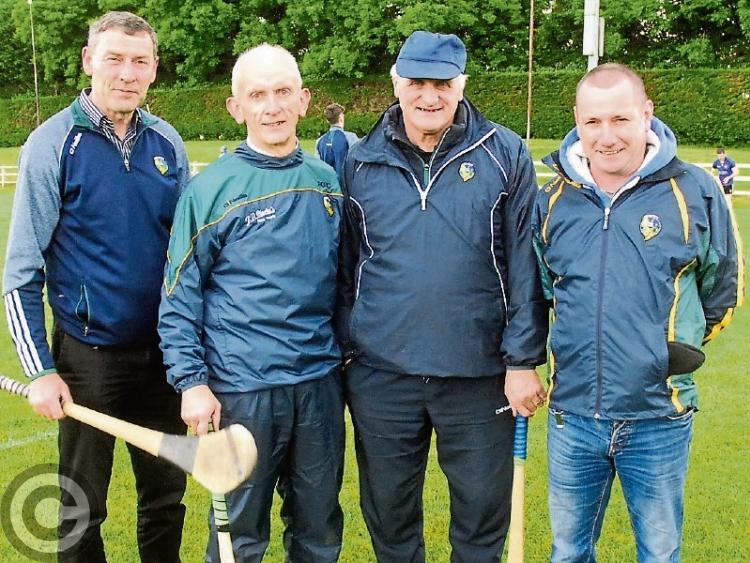 Leitrim hurlers aren’t quite blase about the idea of playing in Croke Park but having lost the Lory Meagher Cup Final two years ago, manager Martin Cunniffe is determined that the Green & Gold hurlers come home as winners next Saturday.

Lancashire stand in the way of Leitrim’s dreams in the year’s Lory Meagher Cup Final (12 noon throw-in) but Leitrim travel with a very different mindset from 2017 if their manager is anything to go by!

“The main thing about this game is winning it,” said Martin when the Observer visited Leitrim training in Tubber, Co Offaly last week, adding “It is grand going to Croke Park but if you don’t win, it is a very sad place.

“It was a sad place for me the last time because that evening, the phone started ringing and didn’t stop ringing for a few days, telling me I should have done this and I should have done that. I was very down after the game and I’ve often heard it said, the winners take it all on the day like this.”

Yet even that losing experience to Warwickshire will help Leitrim next Saturday: “It will stand to us, the majority of the lads will have played there expect the seven or eight young lads who have come on but we’re not playing many of them. They have been there and they are pushing the older lads.

“It is great for the lads, to be getting a second go at Croke Park and it’ll be a lot better for the likes of James Glancy, Clement, the Moretons, lads like that who are in their 30s, if they can finish it off, it’ll be great for them.”

The controversy over the first game between Leitrim and Lancashire means Saturday’s final carries an edge: “It was a tight game but the whole circumstances with one official turning up and everybody calling points and people calling wide. We played challenge matches that was better done.

“In fairness to Lancashire, they got 17 frees that they scored and they missed a few so hopefully on Saturday, they won’t be getting no 17 points from frees. Once you foul, it is a point for them, if you foul within 60-70 yards, it is a point, that’s the way we’re looking at it.

“We know them fairly well, we know their strong points and they have a few top class hurlers, there is no doubt about that.”

Martin reports that Leitrim go into the game with a clean bill of health and he highlights the importance of squad strength as key to Leitrim’s success: “Of all the teams I’ve been involved with Leitrim that no place is guaranteed to any man, every man is under pressure and has a man pushing him for his place. I never saw it before but it is there now.

“When we started, 41 lads turned up to start training last year and we concentrated on Lory Meagher. We figured that we’d give all lads a good run in the league but our main aim was to win the Lory Meagher so that is why we didn’t win any game in the league. We were narrowly beaten by Cavan and Fermanagh but we were missing the likes of James Glancy and Clement who took a break after the Carrick games. It gave young fellas a chance to put their name on the team. We told them at the start that all these lads coming in were going to get a fair chance and that we’d concentrate on the Lory Meagher.”

As for a prediction, the Leitrim manager is unafraid to show his confidence: “I’d be very confident, we’re going in to win, there is no doubt about that. I’ve told the lads we have to win this one.”