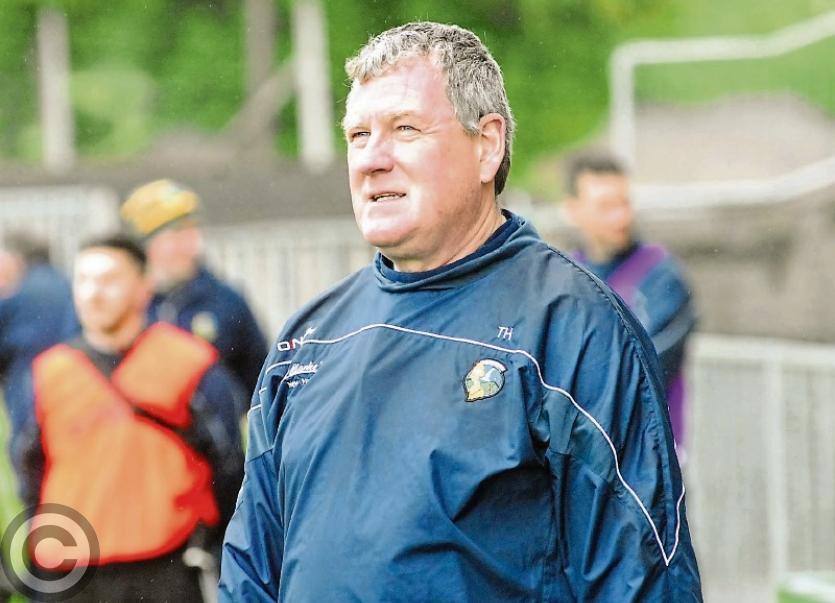 Following on from their qualifier win over Wicklow in Avantcard Pairc Sean Mac Diarmada earlier this month, Leitrim are back in action at the same venue next Saturday evening when they host Clare and Leitrim boss Terry Hyland is hoping his side's year can be extended further.

Talking about how training and preparations have been going since that two point win over Wicklow, Terry said: “Preparations are going grand. We’re working hard and we are putting the building blocks in place for next year.”

The Munster side go into Saturday's game on the back of a one point win over Waterford in May and a 1-15 to 0-12 defeat at the hands of Kerry in Cusack Park at the start of this month.

Terry hasn’t seen Clare in person this year but has seen videos of them in action noting, “They put up a good showing against Kerry. They are a big, robust team and I saw them about a year and a half ago when they played Cavan in the national league and Cavan were lucky to get a draw.”

It has been a year of ups and downs for Leitrim but Terry is of the belief that the year that has already seen them secure promotion from division four, play a league final in Croke Park and record a qualifier win over Wicklow can still be improved upon.

“We are under no illusions,” insisted the Leitrim boss when it was put to him that Clare’s narrow win over Waterford in the Munster championship may suggest there is not too much between the sides.

“Every game is there to be won. We avoided one of the big division one teams in the draw and it is a case of 15 against 15. We will either be good enough or not and we will go forward from there.”

Since the defeat at the hands of Roscommon that brought Leitrim’s Connacht championship campaign to an end the squad has experienced a number of withdrawals with no fewer than eight players making themselves unavailable but looking ahead to Saturday evening’s clash with the banner the only concern in terms of fitness is an injury to Gortletteragh forward Jack Heslin.

“Jack is still carrying a groin strain,” Terry reported adding, “otherwise there is nothing major.”

A feature of Leitrim performances throughout the league and in their recent qualifier win over Wicklow has been the strength of character and mental resolve shown by the players and the manager is expecting more of the same from his team on Saturday.

“In fairness to them, they never throw in the towel. You need to be competitive and when you suffer a setback you have to rebuild and go again.”

Another notable feature of the successful league campaign was the manner in which the Leitrim support got behind their team whenever and wherever they were called upon.

Throughout the league, whether in Aughrim, Kilmallock, Derry, Croke Park or Carrick-on-Shannon, the men in Green & Gold have been cheered on by a fanatical following.

In close encounters against Wicklow, Antrim and Limerick the support received by the Leitrim players was notable and Terry is hoping for more passionate support on Saturday.

The heavy defeat at the hands of Roscommon in the Connacht championship may have left many deflated but Terry is hoping the supporters can come out in force once more to be a 16th man that can cheer Leitrim to victory.

“They’ve come out all year in fairness to them and that is who the players play for. Please God we get a good crowd again on Saturday and the players are able to get the result for them.”

Should Leitrim be successful against Clare next Saturday, round 3 will be played on the weekend of June 29/30, with the draw held live on RTE Radio next Monday morning.