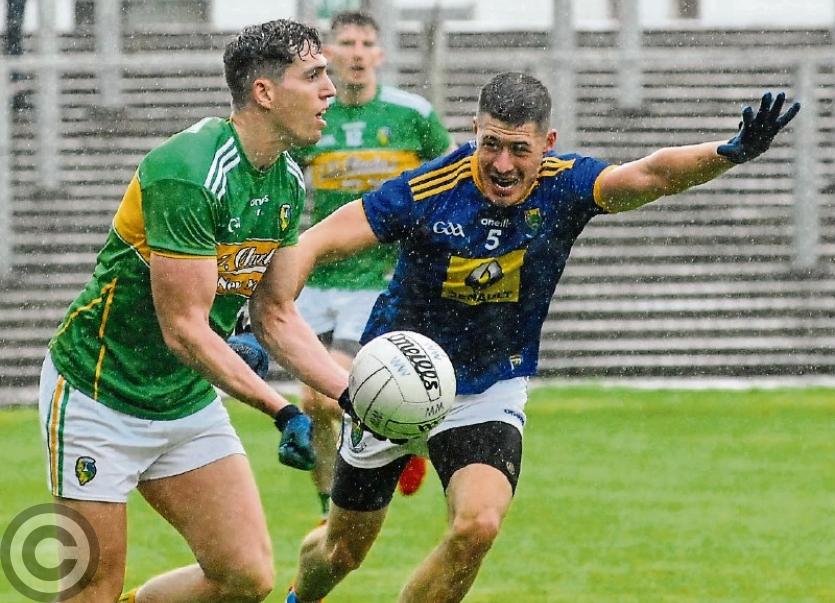 In a two horse race, when the bookies are offering odds of 2/5 for your opponents and you're being given anywhere from a 3/1 to 2.5/1 chance of victory, you know you are major underdogs.

It is how the bookies see Leitrim footballers against Clare next Saturday evening in Avantcard Pairc Sean Mac Diarmada (6pm throw-in). Fans warmly welcomed the draw but Clare will travel with the expectation of victory.

Of course, bookies odds don't account for luck, bad refereeing decisions or illness hitting the camp as Wicklow boss John Evans revealed after their loss to Leitrim. Nor do they account for team spirit and the liberation that comes from being underdogs, something that Leitrim teams have thrived on in the past.

What the odds do reflect is public sentiment and the general view of the Leitrim public seems to be that it is a good draw but that the Banner will ultimately prove too strong.

It was just five years ago that the teams fought out an exciting draw in Milltown Malbay in the Allianz League but their paths have since diverged - Clare have reached Division 2 football, Munster club finalists from Cratloe, international rules star in Ger Brennan and a consistency of performance that makes them very tough opposition for all but the very top teams.

They stayed in Division 2 this year by the skin of their teeth on scoring difference but just look at who they faced: Losing by three points to Ulster favourites Donegal, drawing with an emerging Armagh, beating Munster finalists Cork by nine, losing to Kildare by six, to Fermanagh by three and Leinster finalists Meath by five before edging past Tipperary in a relegation decider by two points.

All of these teams would be regarded as much stronger than Leitrim but Clare were competitive and is a reminder of the talent in the Clare ranks.

Colm Collin's side showed both the good and bad of their game in the year's Munster campaign, beating Waterford by just a point before putting up a stirring second half display against Kerry when they looked poised for a hammering.

For Leitrim, the question is can they lift themselves from the Wicklow display. Victory was all important but Leitrim struggled for long periods and a return to wild shooting and the concession of frees kept Wicklow in the game much longer than they should have.

Hard to see many changes from the team that started in the last round although Dean McGovern may push for a starting spot. Hard to know whether to hold him in reserve such has been his impact when coming off the bench - it's a tough one for Terry Hyland.

Otherwise hard to see much change unless Jack Heslin returns to fitness, his pace and direct running would be a huge weapon next Saturday as Leitrim looked ponderous at times against Wicklow.

Leitrim must improve vastly on their Wicklow form - the mental shackles are off and who knows, maybe Leitrim could repeat what they did to Louth last year against another Division 2 side, albeit a team that managed to stay in Division 2 unlike Louth.

Crucially, Clare are all too familiar with tough battles with Leitrim down through the years and they are unlikely to take us for granted. You have to give the Munster men the nod but with a Division 3 campaign next year, Leitrim can lay down a marker next Saturday at home in front of their own fans.

Taking the game to Clare and really testing them will do wonders for this team. Clare are justified favourites, it is hard to look past them but victory comes in many guises and a display that gives hope for the future is something beyond price. There is always the hope of a shock, we all want that, but a good performance to point the way forward would certainly do for now.