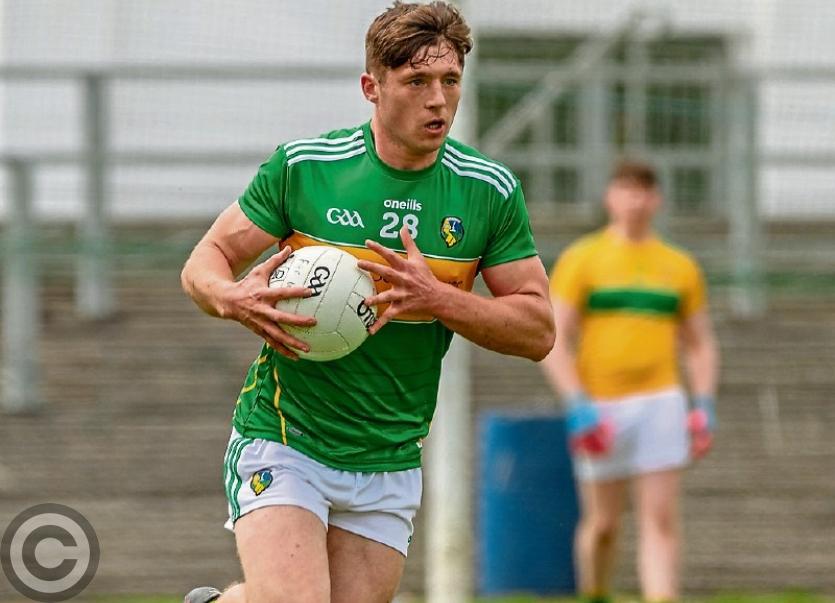 Jack Gilheaney will line out at midfield having saw action for Leitrim against Clare in the All-Ireland Qualifiers Picture: Willie Donnellan

The last Leitrim men's team to see Connacht championship action this year take to the field tonight (Wednesday June 26) when the County U20s host Roscommon in the first round of the Provincial championship.

Avantcard Pairc Sean Mac Diarmada hosts the contest (7pm throw-in) with the Green & Gold seeking what would be a rare win at Connacht level this year, having seen the Senior and Minor teams fail to win a game at provincial level.

Leitrim played three games in the new Philly McGuinness Cup, designed as a warm-up competition, but suffered losses to Sligo (0-13 to 0-9), Fermanagh (1-7 to 0-9) as well as Longford.

Roscommon, under former star Shane Curran, conceded eight goals in their clash with Donegal in Dr Hyde Park while also suffering a big beating to Mayo so they won't be coming in breathing fire.

Yet, there is no doubt that Roscommon were up against tougher opposition in a higher grade of football and they may find Leitrim more of their standard.

Curran, quoted in the Roscommon media, has talked of injuries and absentees, adding “I'd say Leitrim will be rubbing their hands at the prospect of getting a shot at us. We have it all to do.”

Leitrim manager Joe Cox will look to the impressive Ciaran Cullen and Shaun Chandler for leadership and drive while Riordan O'Rourke, on the Senior panel last Saturday, is another to watch out for.

It really is hard to know how this game will go, both teams go into it under a cloud but Leitrim need a bright ray of sunshine. If they get off to a good start, they might just do that tonight.