Michael Coleman reflects on ‘a special day’ for Leitrim hurling 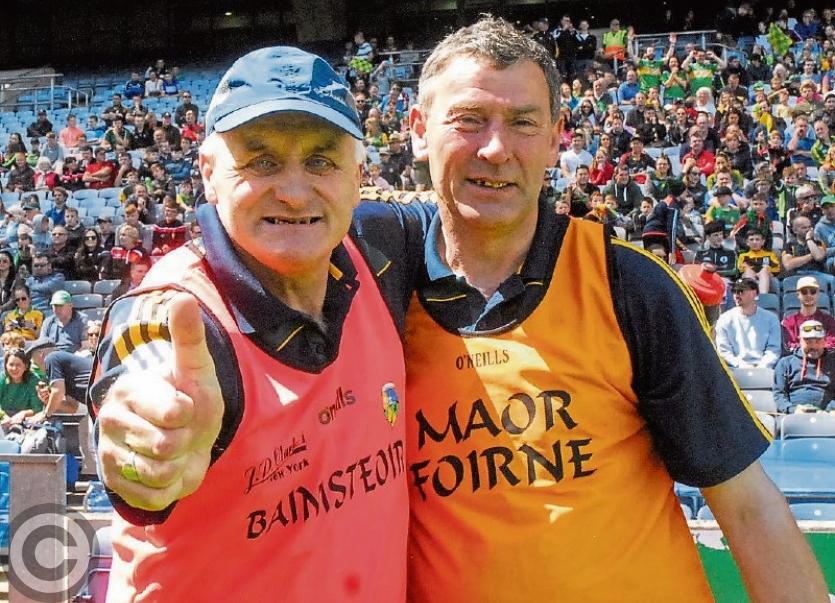 Winning national titles in Croke Park is nothing new for Leitrim selector Michael Coleman who lifted the Liam McCarthy Cup with Galway as a player but was nevertheless full of pride when reflecting on Leitrim's Lory Meagher Cup triumph as he declared: “This is a special day.”

Reflecting on his time with the Leitrim hurler Michael said: “It has been a long, hard slog. I think this is my fifth year at it and it is definitely the third final and we said ‘we can’t lose this one’.

“Today we came as close as you can to losing a game but we hung in for dear life.”

With time running out it seemed as though it would be Lancashire's day before James Glancy struck for a vital goal with Michael recalling: “We knew we needed a goal and the question was where would it come from and it came from the wing-back Enda Moreton and James Glancy. They had both pushed up and that gave us the added impetus.

He added: “It was a very, very hard game out there. When the pressure comes on and your lungs are burning you get tired and you could see both teams were jaded but they gave it everything.”

Having salvaged a draw from the jaws of defeat Michael was particularly pleased with the extra-time performance.

“The first 10 minutes of extra-time we just had to take it on and go for it and it worked for us. I said to the lads 'it’s all about the inches; take the inch and move on to the next one'. We knew they were going to come back at us. It was like the penalty near the end, I said to Gavin O’Hagan, ‘get it over the bar’. We just needed to widen the gap, don’t go for glory.

“They came back at us and I suppose we could have got a free out but fair dues to Lancashire they came at us but that cushion was there and the clock was in injury time.”

Michael was quick to point out that it was a squad effort that secured victory when he said: “It was a complete team effort and the substitutes all worked, every one of them, and did a job for us.”

During his five years in Leitrim Michael has been impressed with the progress he has seen with the club scene getting stronger all the time.

“We had nine from Manorhamilton and the rest from Carrick and a few from elsewhere and that’s really all we have but to give them all credit, they have worked their socks off.

“Carrick pushed on in the All-Ireland hurling semi-final this year, the first time ever a Leitrim team coming out of Connacht and it was a brilliant achievement to do that, especially a Galway team and they took them apart.