Declan's epic speech was off the cuff 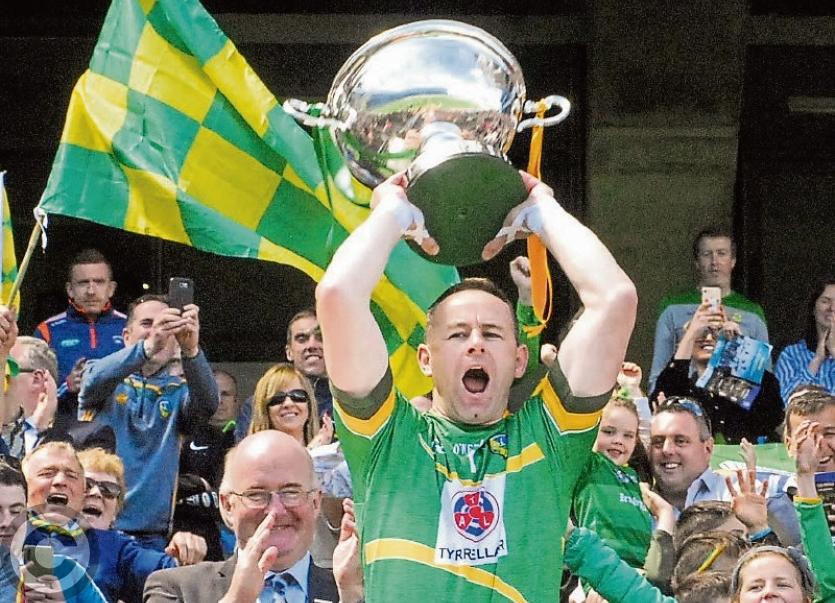 If you didn’t know any better, nobody would believe that Declan Molloy’s epic acceptance speech wasn’t prepared but the Leitrim captain reveals that the words just tumbled out of him.

“I didn’t have a speech prepared,” said Declan as he chatted in the warm-up room beneath the Hogan Stand after the match, “I didn’t want to sit down and start writing a speech. When you get to that position of where you want to be and you’re so happy, the words are just there.

“The lads in the background and the management team, the physios, the County Board, everybody has been a huge cog in this wheel and it has just been incredible.”

Declan said that the self-belief in the Leitrim camp was huge but did admit some doubt crept into his mind during added on time as Lancashire led by a goal: “I think in all the interviews all week you could feel that lads were ready for this and I think we were. We started unbelievably, the way we can. We said go after them, take them on, drive at them.

“They’ve got good hurlers, big men who are good on the ball and they tagged on a few scores and next thing we are a few points down. We’re kinda going ‘sugar, who is going to turn this around’ and up pops Jimmy Glancy and back of the net.

“I didn’t think we were gone, we didn’t panic. No more than the Fermanagh game, we threw the ball around and that is the way it worked. There was no panic, we know it is there, we’ve known for so long, it is just to get it out.”

The seeds of victory was laid in previous defeats: “Losing in Ballyconnell, losing in Ballinamore or Carrick or losing in Croke Park, it is just the same feeling, it hurts and you don’t like it. We lost here two years ago to Warwickshire, we lost up in Ballyconnell in the League Final, we saw both those cups go across the border.

“We weren’t happy letting those Cups away from us, you have so few chances in a career to actually pick up a Cup and win something so wow, it’s class.”