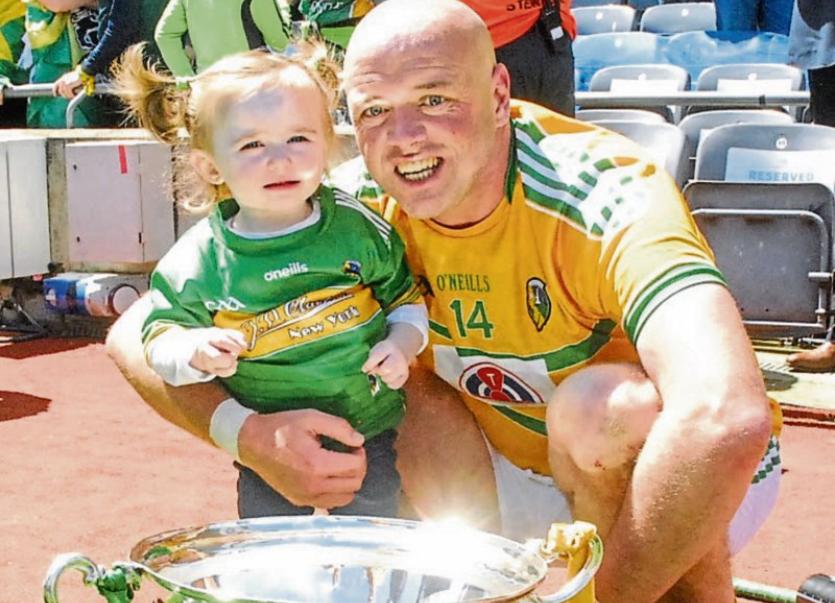 It might seem like the perfect time to hang up the hurl but in the wake of Leitrim's Lory Meagher Cup win, long serving Clement Cunniffe has no intention of retiring from Leitrim hurling.

“Someone said there I can retire now but I have no intention of retiring,” proclaimed Clement in the Leitrim dressing rooms, “I’ll keep going until I’m told to stay at home and I don’t think many lads in Leitrim hurling over the years have been told to go away or stay at home.

“Hurling is nearly like a faith or a religion in Leitrim and in the weaker counties. My own father, Paddy Phelan and there is other lads there working hard to bring it along. There is a lot of work involved but it is brilliant and just shows what can be done, that we were successful, that we won something, that we can do it and there is hurling in Leitrim.”

Asked about the drama of James Glancy’s late equaliser, Clement joked “We wanted to win it in style, make a spectacle out of it. Ah no, it’s great. I thought, and I know I shouldn’t have been thinking this but I thought, it’s slipping and to lose it that way.

“I said at halftime it wasn’t that Lancashire were going to win it, we were going to either win it or lose it. Then for Jimmy to come up and do the business, get the goal!”

It wasn’t easy as Clement reveals: “I was disappointed with the second half, they were getting a lot of ball in their own half-back line and just we gathered again. I think for extra-time, we just freshened up, put our heads straight to get through the two ten minutes and just even in the first half of extra time, the signs were there, we were pushing on, pushing on.”

Asked to sum up what winning the Lory Meagher Cup means to him, Clement understandably was at a loss for words: “It is going to take a while to figure out, maybe ask me next week. There is only a handful, maybe not even a handful, ploughing the way and putting the support into hurling in Leitrim.

“We have a huge panel of 35, 40 lads, I don’t know what’s on it and they all love hurling, everyone’s there on a Tuesday night and Thursday night and they love it, it is so enjoyable and there is a social thing amongst ourselves and we look forward to it, going to training.”