From escaping conflict to Croke Park triumph for Zak 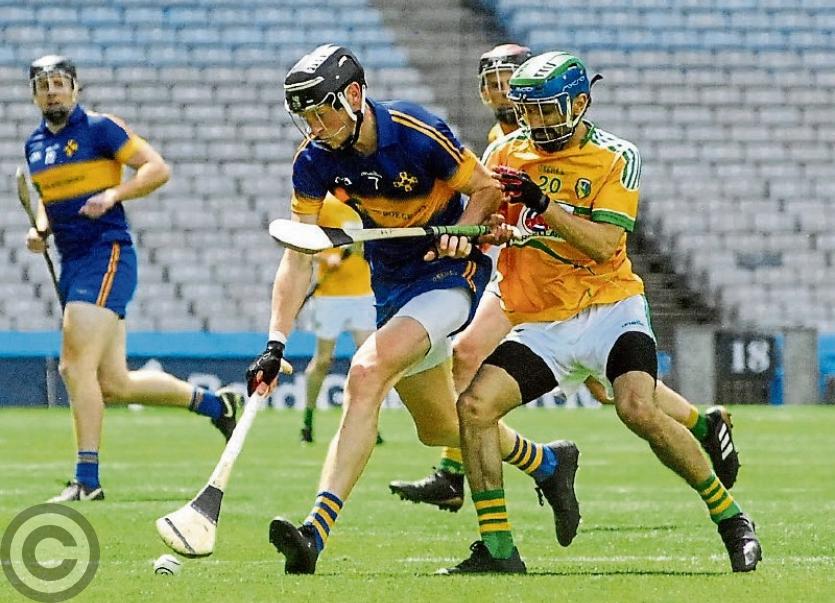 In the aftermath of Leitrim’s Lory Meagher Cup triumph much of the focus for the national media centred on the exploits of Zak Moradi, the Kurdish refugee who hails from a region along the Iran-Iraq border and arrived in Leitrim with his family at the age of 11.

However, for those involved in the tight-knit group that is the Leitrim hurling community there was no mention of outsiders or refugees. Zak was simply another member of a hugely committed team that was incredibly proud to wear the Leitrim jersey.

Seventeen years after his arrival in Ireland, 28-year-old Zak played for Leitrim in Croke Park for the second time and as he basked in the celebrations in the Leitrim dressing room he explained how much the victory meant to him.

Having started the game as a substitute, Zak felt the composure shown by his team-mates and the impact from the bench was crucial to the Leitrim cause.

“Even when we went four or five points down we just kept at it and kept the head and as they say, keep the good men on the bench!

“All the subs that came on, we changed the game and we are just delighted for Martin Cunniffe and Paddy O’Connor and Michael Coleman. They are there a long, long time.”

Watching the game from the sideline is never the easiest task in the world for players eager to make their mark and Zak acknowledged it was a frustrating time until he was introduced in the 62nd minute.

“To be honest I was just dying to get on. Myself and Stephen Goldrick, the two of us thought we should have started but at the end of the day we got the right result and we won and we are just delighted with the performance.”

Having escaped the clutches of defeat with time almost up when James Glancy struck for Leitrim’s all-important second goal, Zak recalled the confidence within the Leitrim ranks that they would be able to claim victory in extra-time.

“In extra-time we just knew we had them. They got tired and I just thought we were a fitter team; we are a younger team and that was the big difference.”

After an epic encounter, Zak was eager to praise the contribution of referee Kevin Brady whose input had a bearing on how the game was played.

With one party getting underway in the dressing room in the Hogan Stand, Zak was turning his attention to what lay ahead for him and his team-mates.

“We’re just delighted and we’re going to go down to Carrick-on-Shannon and have a big party,” he said with his trademark laugh.