Féile weekend will be long remembered 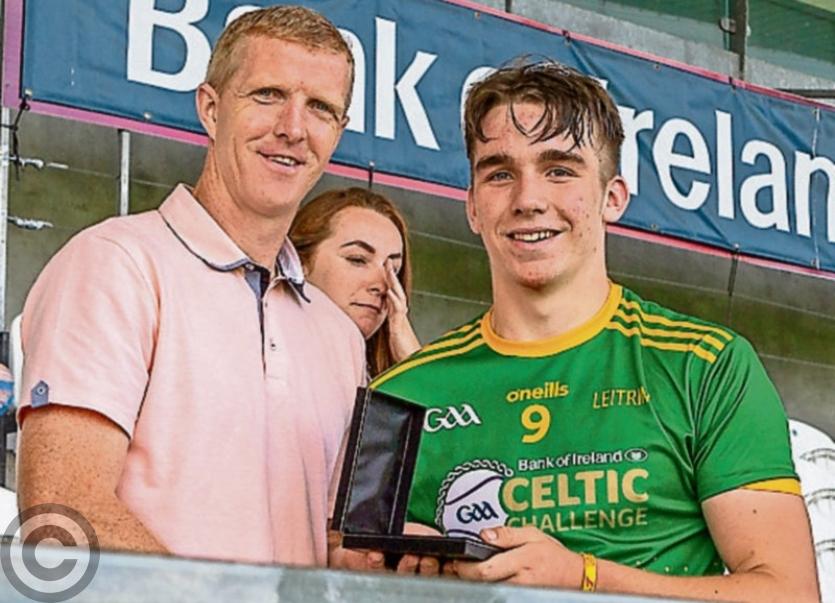 The arrival of the warm weather coincided with the end of the year’s action for the county’s footballers and hurlers with attention turning ever more seriously towards the club championships which are less than a month away from getting underway.

The end of the year for the footballers was a tough one for all involved as it came on the back of a league campaign in which the long standing objective, promotion from division four, was finally realised. The fact that the championship produced demoralising defeats at the hands of Roscommon and Clare, either side of a win over Wicklow, shouldn’t be the abiding memory from a year in which progress was made, on and off the pitch.

For the county’s hurlers the end of the year was marked with scenes of delirious celebration in Croke Park as years of toil and effort were finally rewarded with a day in the sun when the small contingent that is the Leitrim hurling community tasted glory when they claimed the Lory Meagher Cup.

Attempting to bridge the gap to the likes of Tipperary, Kilkenny, Limerick and Galway may seem like mission impossible but there is nobody in Leitrim making any such wild predictions. Instead they are quietly getting on with the work of promoting the game in the county at all levels and further proof that work is paying dividends was evident last weekend when Leitrim defeated Longford in the Celtic Challenge U17 Tom Hogan Cup final.

With attention now turning away from the county scene as teams are busy getting into championship mode it was the stars of the future on whom the spotlight shone last weekend as club’s throughout the county participated in the John West Féile na nGael tournament which was this year hosted by Connacht GAA.

The tournament has grown beyond recognition over the past decade and is undoubtedly one of the true success stories of the GAA.

Throughout the county clubs put their best foot forward as they quite literally opened their doors and showed the best of hospitality to visiting clubs. Players from visiting clubs stayed with host families with the spirit of friendship outweighing (without eradicating) the competitive aspect of the competition.

Clubs from the four corners of the island and from much further afield descended upon the region for a weekend of football and friendship. Parents, coaches and players alike were all understandably exhausted after a hectic weekend but memories were made that will ensure these young players have their interest in gaelic games whetted for some time to come.

Parents and players alike shared stories from what was a weekend to remember for all who took party. From the wonderful boys team from Australia, the majority of whose players only kicked an O'Neill's football for the first time in recent months to the girls from Wicklow who made great friends after defeating their hosts, it was an occasion to be savoured by all.

While winning was the ultimate aim, the beauty of the competition is that winning is not the only way in which success is judged. The players lucky enough to have tasted glory will treasure their medals for years to come, but equally, those who came up short will treasure the memories made.

Another benefit of the competition was that it makes for an ideal opportunity for visiting teams, players, families and supporters to discover new parts of the country. In Leitrim, clubs from Antrim, America, Wicklow and beyond were all hosted in a village or town they quite likely never heard of before. The visiting teams made a greater contribution to the region than simply participating in an underage sporting event. At a time when rural Ireland is struggling with a lack of tourists they visited local amenities, ate in local restaurants, mingled with the locals and experienced the best of what Leitrim has to offer.