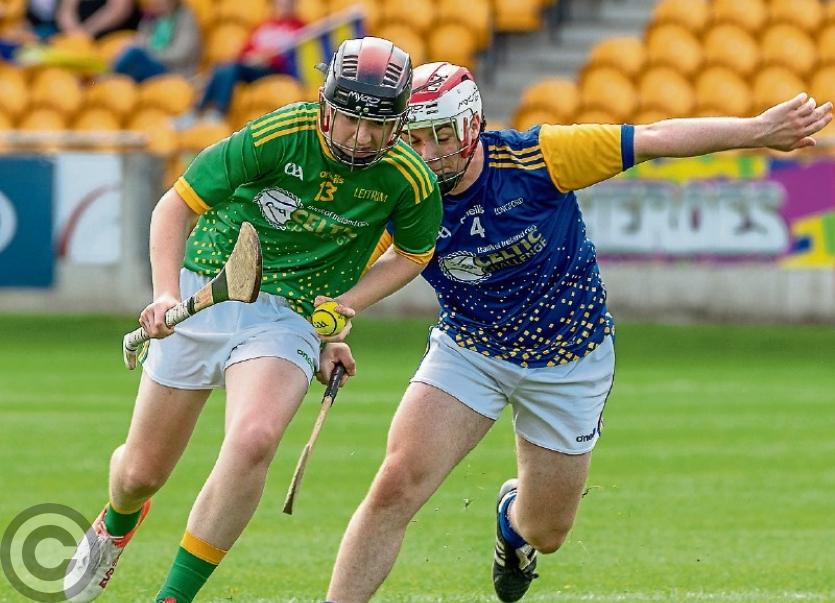 Hurling in Leitrim is enjoying a golden age and it showed last Saturday in Bord na Mona O'Connor Park as Leitrim made mincemeat of Longford in the Corn Tom Hogan Final.

Part of the U17 Celtic Challenge, Leitrim, or should we say Carrick as the team is made up exclusively of Carrick hurling club players, took control early on and never looked back against a Longford side who couldn't match their physicality and impressive stickwork and skills on the ball.

This game was a mismatch from early on as Leitrim's hurling skills and power around the middle of the field were something that Longford simply couldn't cope with and it was evident that a lot of work has gone into this young Leitrim team.

Quick early points from Ashley Mayiza and Cormac White had Leitrim of fto a blistering start but Longford looked as if they would make a fight of it when Adam Murray put over two points, one a free before the Longford keeper saved a Rory King shot.

Shane Mallon converted a 65 with something to spare and the game was put beyond Longford with just nine minutes gone when Cian Farry's shot was batted out by the Longford keeper, Cormac White pouncing to smash the sliothar to the net.

Mallon and Murray swapped points but two White frees followed. Murray hit a free for Longford but they would not score again until the 58th minute.

Leitrim took advantage with Mallon firing over four points, two from frees, White two and one from Cormac Keane as Leitrim led 1-13 to 0-4 at the halftime break.

The intensity naturally slowed in the second half but Leitrim started with a bang, Cormac White netting his second after Niall Crowe's shot was spilled by the keeper.

White would add two frees either side of a Cormac Keane point and White was really hitting form as he tapped over two more scores for a completely dominant Leitrim by the 48th minute.

Eoin McLoughlin (2) and Shane Mallon added on points while Padraig Kane was unlucky with a goal chance. A goal did come when the impressive Murray got a consolation goal for Longford with less than two minutes to go in the game.

Leitrim still had time to reply and they did so with a flourish as Padraig Kane blasted the sliothar to the net in added time, Murray converting a late free for the losers.

MAIN MAN -  Apart from Adam Murray, none of the Longford players were able for Leitrim's best in O'Connor Park. Shane Rynn, Fergal McLoughlin and Paul Lenehan were untroubled in defence, Conor Hackett impressed at midfield while Niall Crowe, Ruairi King, Eoin McLoughlin and Cormac Kane all had good moments in attack. But the two outstanding players on the field were Cormac White and Shane Mallon. White was deadly accurate all day and showed great poacher's instinct for his goals. The superb Shane Mallon ran the show for Leitrim from the middle of the part and drove his team forward at every opportunity, a deserved winner of the best and fairest award.

TURNING POINT - None really as Leitrim were always in control, perhaps Cormac White's first goal after just nine minutes set the tone for the game.

TALKING POINT - Leitrim looked in a different class altogether to Longford with better stickwork, team-work and hurling skills, testament to the great coaching work going on in the Carrick club, for whom the entire Leitrim team play!

WHAT NOW? - A huge boost for Leitrim hurling, the challenge now will be to bring these players on and to develop the game far more in the county.